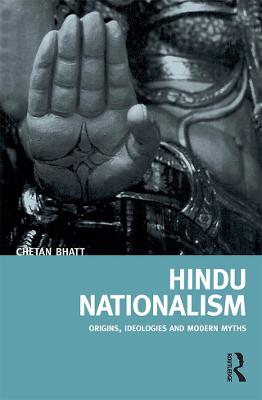 The rise of authoritarian Hindu mass movements and political formations in India since the early 1980s raises fundamental questions about the resurgence of chauvinistic ethnic, religious and nationalist movements in the late modern period. This book examines the history and ideologies of Hindu nationalism and Hindutva from the end of the last century to the present, and critically evaluates the social and political philosophies and writings of its main thinkers. Hindu nationalism is based on the claim that it is an indigenous product of the primordial and authentic ethnic and religious traditions of India. The book argues instead that these claims are based on relatively recent ideas, frequently related to western influences during the colonial period. These influences include eighteenth and nineteenth century European Romantic and Enlightenment rationalist ideas preoccupied with archaic primordialism, evolution, organicism, vitalism and race. As well as considering the ideological impact of National Socialism and Fascism on Hindu nationalism in the 1930s, the book also looks at how Aryanism continues to be promoted in unexpected forms in contemporary India.
Using a wide range of historical and contemporary sources, the author considers the consequences of Hindu nationalist resurgence in the light of contemporary debates about minorities, secular citizenship, ethics and modernity. 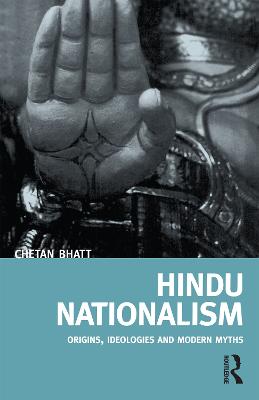 » Have you read this book? We'd like to know what you think about it - write a review about Hindu Nationalism book by Chetan Bhatt and you'll earn 50c in Boomerang Bucks loyalty dollars (you must be a Boomerang Books Account Holder - it's free to sign up and there are great benefits!)

A Preview for this title is currently not available.
More Books By Chetan Bhatt
View All

Liberation And Purity: Race, Religious Movements And The Ethics Of Postmodernity
$81.17 $81.99