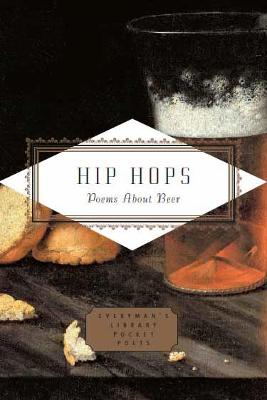 From Li Bai's 'Bring in the Ale' to Ted Kooser's 'Beer Bottle'; from Robert Burns's' John Barleycorn' to Carol Ann Duffy's 'John Barleycorn' (no, you are not seeing double), the poems collected here attest to humankind's long and joyous (mostly) relationship with the world's most popular alcoholic beverage. A surprising number of authors, and perhaps some surprising authors, have added their tributes to the brew. Here, to name but a few, we find Charles Baudelaire, John Betjamen, William Blake, Bertolt Brecht, Raymond Carver, Amy Clampitt, Emily Dickinson, Benjamin Franklin, Robert Graves, Langston Hughes, Eric Idle, E. Nesbit, Flann O'Brien, Frank O'Hara, Sylvia Plath, Arthur RImbaud, Rumi and Hank WIlliams, all rather less than sober. Unsurprisingly, 'Anon.' is widely represented, in particularly exuberant spirits. There are recipes, and hangovers (inevitably); there's singing ... a hymn to NInkasi, ancient Sumerian goddess of beer, Prohibition protest songs and old English drinking catches; there is philosophy (of a sort), and consolation. Whether pulling up at the celestial bar in Keats's 'Mermaid Tavern' or at the grittier, jazzier one in Carl Sandburg's 'Honky Tonk in Cleveland, Ohio', lovers of beer and poetry are sure to find something to celebrate in these pages.

» Have you read this book? We'd like to know what you think about it - write a review about Hip Hops: Poems about Beer book by Christoph Keller and you'll earn 50c in Boomerang Bucks loyalty dollars (you must be a Boomerang Books Account Holder - it's free to sign up and there are great benefits!)


A Preview for this title is currently not available.
More Books By Christoph Keller
View All