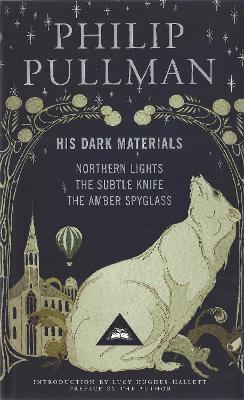 Gift Edition including all three novels: Northern Light, The Subtle Knife and The Amber Spyglass

In his award-winning fantasy trilogy, HIS DARK MATERIALS, Philip Pullman invents a richly detailed and marvellously imagined world that is complex and thought-provoking enough to enthrall readers of all ages.

Now a major critically acclaimed BBC series This special collection features all three titles in the award-winning trilogy- Northern Lights, The Subtle Knife and The Amber Spyglass. Northern Lights Lyra Belacqua lives half-wild and carefree among the scholars of Jordan College, with her daemon familiar always by her side. But the arrival of her fearsome uncle, Lord Asriel, draws her to the heart of a terrible struggle - a struggle born of Gobblers and stolen children, witch clans and armoured bears.The Subtle Knife Lyra finds herself in a shimmering, haunted otherworld - Citt gazze, where soul-eating Spectres stalk the streets and wingbeats of distant angels sound against the sky. But she is not without allies- twelve-year-old Will Parry, fleeing for his life after taking another's, has also stumbled into this strange new realm.On a perilous journey from world to world, Lyra and Will uncover a deadly secret- an object of extraordinary and devastating power. And with every step, they move closer to an even greater threat - and the shattering truth of their own destiny.The Amber Spyglass Will and Lyra, whose fates are bound together by powers beyond their own worlds, have been violently separated. But they must find each other, for ahead of them lies the greatest war that has ever been - and a journey to a dark place from which no one has ever returned . . .

Other Editions - His Dark Materials by Philip Pullman 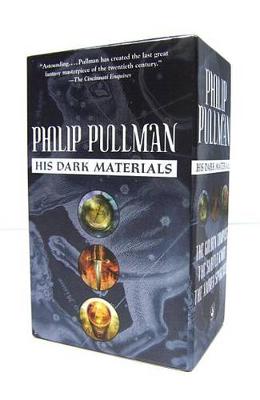 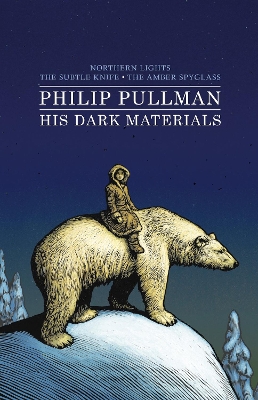 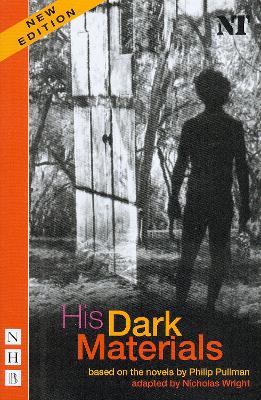 » Have you read this book? We'd like to know what you think about it - write a review about His Dark Materials book by Philip Pullman and you'll earn 50c in Boomerang Bucks loyalty dollars (you must be a Boomerang Books Account Holder - it's free to sign up and there are great benefits!)

Philip Pullman CBE, FRSL (born 19 October 1946) is an English writer from Norwich. He is the best-selling author of several books, most notably his trilogy of fantasy novels, His Dark Materials, and his fictionalised biography of Jesus, The Good Man Jesus and the Scoundrel Christ. The first book of His Dark Materials has been turned into the film The Golden Compass and the first two books from his Sally Lockhart series as well as his children's novel I was a Rat! or The Scarlet Slippers have been adapted for television. Introducer Biography- ucy Hughes-Hallett is a cultural historian and critic. She is the author of Cleopatra- Queen, Lover, Legend and Heroes- Saviours, Traitors and Supermen. She reviews regularly for the Sunday Times Books Section.