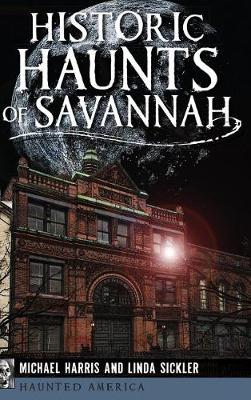 As one of America's most haunted cities, Savannah, Georgia, has a long list of stories of the supernatural, such as the story of the first two people hanged in colonial Savannah for the murder of their abusive master. Or James Stark, a tempestuous planter, and Dr. Philip Minis, who settled their dispute with a duel and still hang around the old building at Moon River Brewing Co. Or the terrifying "boy-giant," Rene Rhondolia, who preys on young girls and animals. Join authors Michael Harris and Linda Sickler as they navigate the chilling world of those who refuse to leave their Savannah homes.

» Have you read this book? We'd like to know what you think about it - write a review about Historic Haunts of Savannah book by Michael Harris and you'll earn 50c in Boomerang Bucks loyalty dollars (you must be a Boomerang Books Account Holder - it's free to sign up and there are great benefits!)


A Preview for this title is currently not available.
More Books By Michael Harris
View All

A Future for Planning: Taking Responsibility for Twenty-First Century Challenges
$226.80 $252.00