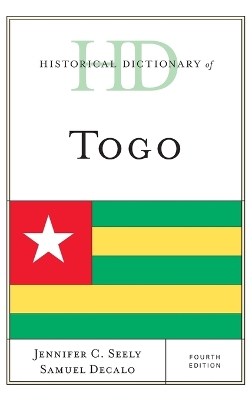 Togo's history from precolonial times to the present is one of a struggle for identity and leadership. A territory relatively untouched by neighboring pre-colonial empires was colonized by both the Germans and the French, and even before independence Togo was shaped by the struggle for political control by prominent families. Since the 1990s, widespread political movements have striven to unseat the ruling Gnassingbe family, in power for more than 50 years, only to be repressed by the military or thwarted at the ballot box. Economically more prosperous compared to many of the other countries in the West African region, Togo has diversified its economy from an early dependence on phosphates, and has navigated trade and foreign relations remarkably well for a country of only 7 million people, with a territory less than a quarter the size of neighboring Ghana. With at least 30 ethnic groups and wide array of languages, religions and cultural traditions, Togo is representative of the rich diversity of contemporary Africa, and a vibrant illustration of the dual quest for development and democracy that characterizes the West African region.

The fourth edition of Historical Dictionary of Togo contains a chronology, an introduction, an extensive bibliography, and a dictionary section has over 1,000 cross-referenced dictionary entries on important personalities, politics, economy, foreign relations, religion, and culture. This book is an excellent resource for students, researchers, and anyone wanting to know more about Togo.

» Have you read this book? We'd like to know what you think about it - write a review about Historical Dictionary of Togo book by Jennifer C. Seely and you'll earn 50c in Boomerang Bucks loyalty dollars (you must be a Boomerang Books Account Holder - it's free to sign up and there are great benefits!)