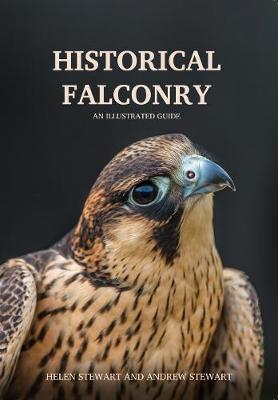 Falconry was a major part of historical culture and lifestyle across the world and throughout history. The origins of Falconry are set in the Far and Middle East, as early nations developed and the flying and training of birds of prey began to be seen as an art-form, as well as a method of hunting. As East meets West, during the expansion of the Roman Empire, we see the first archaeological evidence for Western European individuals practicing this most ancient art. Thus our first known evidence of falconry in Britain arrives with the Romans, and perhaps this most important and integral part of our cultural heritage became instituted in British History. From the Late Antiquity, through to the Elizabethan Age, Falconry grew in popularity, only declining in interest in the late 1600's due to the evolution of firearms. This book seeks to explore the world of Historical Falconry, from the individuals who flew the birds, the birds themselves, the historical techniques, skills, and equipment used by the falconers, and the way in which falconry was entirely interwoven with all the different aspects of historical culture and lifestyle.

» Have you read this book? We'd like to know what you think about it - write a review about Historical Falconry book by Helen and Andrew Stewart and you'll earn 50c in Boomerang Bucks loyalty dollars (you must be a Boomerang Books Account Holder - it's free to sign up and there are great benefits!)

Helen and Andrew Stewart together make up "Albion Historical Falconry" - the UK's only falconry team to actively preserve the ancient treatises, research the techniques and methods, and put them into practice in a modern age. With over two decades worth of combined experience in falconry, they cover the practical and academic aspects of preserving the heritage of this most ancient art.