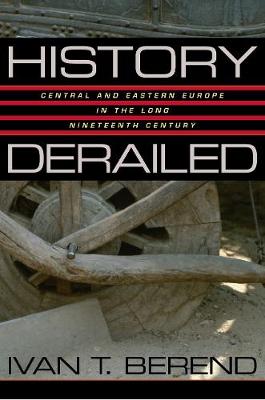 There is probably no greater authority on the modern history of central and eastern Europe than Ivan Berend, whose previous work, Decades of Crisis, was hailed by critics as "masterful" and "the broadest synthesis of the modern social, economic, and cultural history of the region that we possess." Now, having brought together and illuminated this region's storm-tossed history in the twentieth century, Berend turns his attention to the equally turbulent period that preceded it. The "long" nineteenth century, extending up to World War I, contained the seeds of developments and crises that continue to haunt the region today.

The book begins with an overview of the main historical trends in the sixteenth to the eighteenth centuries, during which time the region lost momentum and became the periphery, no longer in step with the rising West. It concludes with an account of the persisting authoritarian political structures and the failed modernization that paved the way for social and political revolts. The origins of twentieth-century extremism and its tragedies are plainly visible in this penetrating account.

» Have you read this book? We'd like to know what you think about it - write a review about History Derailed book by Ivan T. Berend and you'll earn 50c in Boomerang Bucks loyalty dollars (you must be a Boomerang Books Account Holder - it's free to sign up and there are great benefits!)

Ivan T. Berend is Professor of History at the University of California, Los Angeles. Author of Decades of Crisis: Central and Eastern Europe before World War II (California, 1998) and of Central and Eastern Europe 1944-1993 (1996), he has now, with his informal "trilogy," performed the remarkable feat of laying the entire modern history of the region before the English-speaking audience.