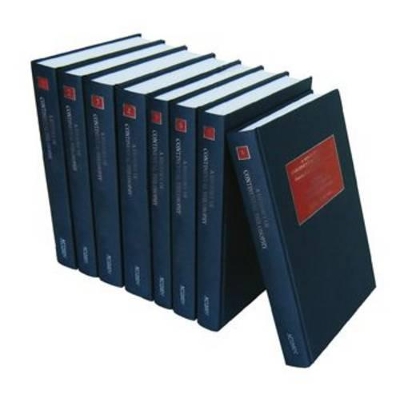 The History of Continental Philosophy

Description - The History of Continental Philosophy by Alan D. Schrift

This major work of reference is an indispensable resource for anyone conducting research or teaching in philosophy. An international team of over 100 leading scholars has been brought together under the general editorship of Alan Schrift and the volume editors to provide authoritative analyses of the continental tradition of philosophy from Kant to the present day. Divided, chronologically, into eight volumes, "A History of Continental Philosophy" is designed to be accessible to a wide range of readers, from the scholar looking for original insight and the latest thinking to the student wishing for a masterly encapsulation of a particular thinker's views. By placing continental philosophy within a historical context, "A History of Continental Philosophy" helps define what the continental tradition has been and where it is moving. It will become a landmark publication in its field. Volume 1 covers the period from 1780 until 1848, focusing primarily on the main philosophical figures and developments in Germany during that period, but also including a description of economic and social theories in France that set the stage for the philosophical and social movements that predominated in Germany and France during the second half of the nineteenth century. Volume 2 examines what is often referred to as the 'Age of Revolution' as various responses to Hegel, while also attending to developments in science, mathematics, sociology and aesthetics during the second half of the nineteenth century that would set the stage for the twentieth century. Volume 3 examines the earliest developments in the twentieth century: while attending to a number of key thinkers (Bergson, Husserl, Heidegger, Freud, Jaspers, Scheler), it also discusses the emergence of French sociology in the Durkheim school, developments in modern science, the philosophical response to evolution, and the schools of phenomenology and neo-Kantianism. Volume 4, as the title indicates, charts the various responses to phenomenology that appeared in the years following Husserl, with particular attention to the emergence of existentialism and existential theology, as well as its relations with philosophy of science, aesthetics and ethics. Volume 5 surveys some of the main continental movements and philosophers associated with social and political philosophy and philosophy of the human sciences (notably history, linguistics, and social and political science) during the period from 1940 through to 1968. Volume 6 looks at the major figures associated with the two dominant movements that emerge in the 1960s - poststructuralism and critical theory - while also attending to the emergence of philosophical feminism and some influential figures in those years not easily situated in the "standard" histories of the period (Serres, Bourdieu). Volume 7 examines the developments in Continental philosophy in the years, roughly, 1980-95, the period immediately after the hegemony of poststructuralism in France and of Habermas in Germany. Volume 8 attempts to situate the present scene in continental philosophy in terms of various new developments that are framed as attempts to rethink some of the classic themes with which the history of continental philosophy has been more or less consistently engaged.

Other Editions - The History of Continental Philosophy by Alan D. Schrift 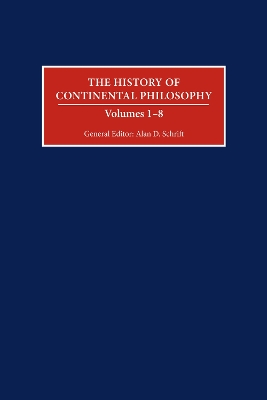 » Have you read this book? We'd like to know what you think about it - write a review about History of Continental Philosophy book by Alan D. Schrift and you'll earn 50c in Boomerang Bucks loyalty dollars (you must be a Boomerang Books Account Holder - it's free to sign up and there are great benefits!)

Alan D. Schrift is Professor of Philosophy at Grinnell College, Iowa. His recent books include Twentieth Century French Philosophy: Key Themes and Thinkers (Blackwell, 2005), Modernity and the Problem of Evil (Indiana UP, 2005), Why Nietzsche Still? Reflections on Drama, Culture, and Politics (California UP, 2000).

A Preview for this title is currently not available.
More Books By Alan D. Schrift
View All