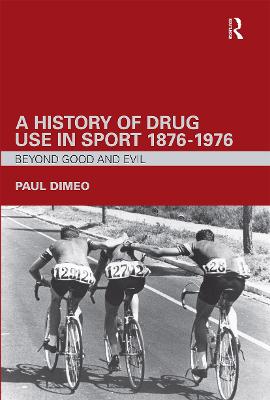 Beyond Good and Evil

This book offers a new history of drug use in sport. It argues that the idea of taking drugs to enhance performance has not always been the crisis or `evil' we now think it is. Instead, the late nineteenth century was a time of some experimentation and innovation largely unhindered by talk of cheating or health risks. By the interwar period, experiments had been modernised in the new laboratories of exercise physiologists. Still there was very little sense that this was contrary to the ethics or spirit of sport. Sports, drugs and science were closely linked for over half a century.

The Second World War provided the impetus for both increased use of drugs and the emergence of an anti-doping response. By the end of the 1950s a new framework of ethics was being imposed on the drugs question that constructed doping in highly emotive terms as an `evil'. Alongside this emerged the science and procedural bureaucracy of testing. The years up to 1976 laid the foundations for four decades of anti-doping. This book offers a detailed and critical understanding of who was involved, what they were trying to achieve, why they set about this task and the context in which they worked. By doing so, it reconsiders the classic dichotomy of `good anti-doping' up against `evil doping'.

Winner of the 2007 Lord Aberdare Literary Prize for the best book in British sports history.

Buy A History of Drug Use in Sport: 1876-1976 by Paul Dimeo from Australia's Online Independent Bookstore, Boomerang Books. 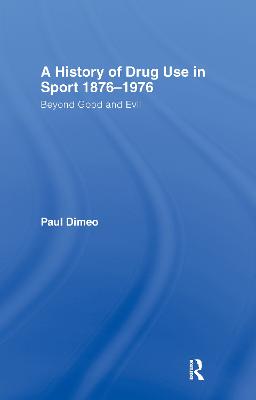 » Have you read this book? We'd like to know what you think about it - write a review about History of Drug Use in Sport: 1876-1976 book by Paul Dimeo and you'll earn 50c in Boomerang Bucks loyalty dollars (you must be a Boomerang Books Account Holder - it's free to sign up and there are great benefits!)

Paul Dimeo is Senior Lecturer in Sports Studies at the University of Stirling.

A Preview for this title is currently not available.
More Books By Paul Dimeo
View All