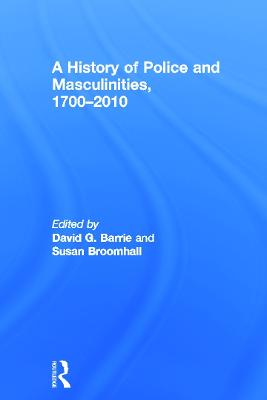 Description - A History of Police and Masculinities, 1700-2010 by David G. Barrie

This unique collection brings together leading international scholars to explore how ideologies about masculinities have shaped police culture, policy and institutional organization from the eighteenth century to the present day. It addresses an under-researched area of historical inquiry, providing the first in-depth study of how gender ideologies have shaped law enforcement and civic governance under 'old' and 'new' police models, tracing links, continuities, and changes between them. The book opens up scholarly understanding of the ways in which policing reflected, sustained, embodied and enforced ideas of masculinities in historic and modern contexts, as well as how conceptions of masculinities were, and continue to be, interpreted through representations of the police in various forms of print and popular culture. The research covers the UK, Europe, Australia and America and explores police typologies in different international and institutional contexts, using varied approaches, sources and interpretive frameworks drawn from historical and criminological traditions.
This book will be essential reading for academics, students and those in interested in gender, culture, police and criminal justice history as well as police practitioners.

Other Editions - A History of Police and Masculinities, 1700-2010 by David G. Barrie 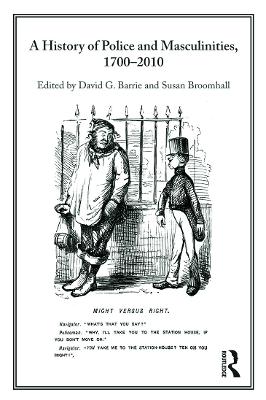 » Have you read this book? We'd like to know what you think about it - write a review about History of Police and Masculinities, 1700-2010 book by David G. Barrie and you'll earn 50c in Boomerang Bucks loyalty dollars (you must be a Boomerang Books Account Holder - it's free to sign up and there are great benefits!)

David G. Barrie is lecturer in British history at The University of Western Australia. His research interests include crime and punishment in eighteenth- and nineteenth-century Scotland. He is author of Police in the Age of Improvement: Police Development and the Civic Tradition in Scotland, 1775-1865 (Willan Publishing, 2008), which was awarded 'best first book' in Scottish history by the international committee of the Frank Watson Book Prize. He has published widely on Scottish policing in leading international journals. Susan Broomhall is Winthrop Professor in history at The University of Western Australia. Her research focuses on early modern gender history. Most recently she is editor (with Jaqueline Van Ghent) of Governing Masculinities in the Early Modern Period: Regulating Selves and Others (Ashgate, 2011) and author (with Jennifer Spinks) of Early Modern Women in the Low Countries: Feminising Sources and Interpretations of the Past (Ashgate, 2011).

A Preview for this title is currently not available.
More Books By David G. Barrie
View All