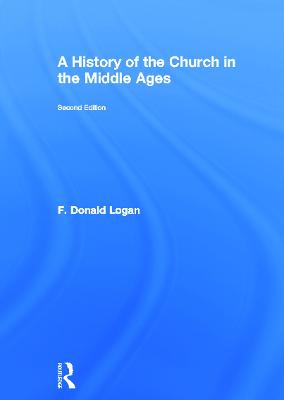 A History of the Church in the Middle Ages

"Conceptually well organized, stylistically clear, intellectually thoughtful, and pedagogically useful." - Thomas Head, Speculum "For its humane and learned approach to its enormous canvas, as well as for the cogency with which it penetrates at speed to the essentials of a vanished historical epoch, this History of the Church in the Middle Ages deserves a very wide audience indeed." - Barrie Dobson, English Historical Review "To have written a scholarly and very readable history of the Western Church over a millennium is a remarkable tour de force, for which Donald Logan is to be warmly congratulated." - C.H Lawrence, The Tablet "A feat of historical synthesis, most confident in its telling of the coming of Christianity. Books like Logan's are needed more than ever before." - Miri Rubin, TLS In this fascinating survey, F. Donald Logan introduces the reader to the Christian church, from the conversion of the Celtic and Germanic peoples to the discovery of the New World. He reveals how the church unified the people of Western Europe as they worshipped with the same ceremonies and used Latin as the language of civilized communication.
From remote, rural parish to magnificent urban cathedral, A History of the Church in the Middle Ages explores the role of the church as a central element in determining a thousand years of history. This new edition brings the book right up to date with recent scholarship, and includes an expanded introduction exploring the interaction of other faiths - particularly Judaism and Islam - with the Christian church.

Buy A History of the Church in the Middle Ages by F Donald Logan from Australia's Online Independent Bookstore, Boomerang Books. 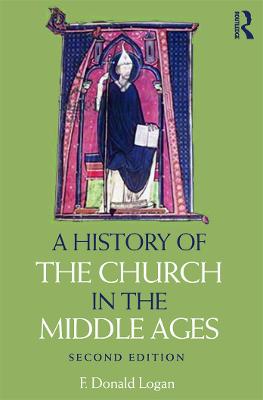 » Have you read this book? We'd like to know what you think about it - write a review about History of the Church in the Middle Ages book by F Donald Logan and you'll earn 50c in Boomerang Bucks loyalty dollars (you must be a Boomerang Books Account Holder - it's free to sign up and there are great benefits!)

F. Donald Logan is Professor Emeritus of History at Emmanuel College, Boston, and Honorary Fellow of the Pontifical Institute of Mediaeval Studies, Toronto. His previous publications include The Vikings in History (third edition, 2005), The Medieval Court of Arches (2005), and Runaway Religions in Medieval England (1996).

A Preview for this title is currently not available.
More Books By F Donald Logan
View All