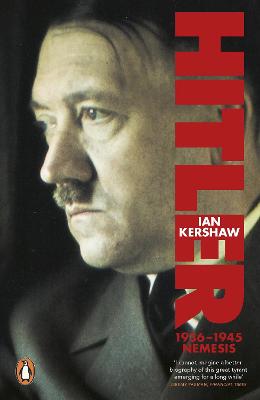 Following the enormous success of HITLER- HUBRIS this book triumphantly completes one of the great modern biographies. No figure in twentieth century history more clearly demands a close biographical understanding than Adolf Hitler; and no period is more important than the Second World War. Beginning with Hitler's startling European successes in the aftermath of the Rhinelland occupation and ending nine years later with the suicide in the Berlin bunker, Kershaw allows us as never before to understand the motivation and the impact of this bizarre misfit. He addresses the crucial questions about the unique nature of Nazi radicalism, about the Holocaust and about the poisoned European world that allowed Hitler to operate so effectively. 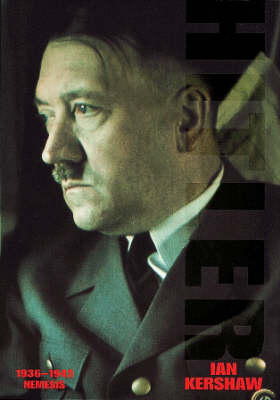 » Have you read this book? We'd like to know what you think about it - write a review about Hitler 1936-1945 book by Ian Kershaw and you'll earn 50c in Boomerang Bucks loyalty dollars (you must be a Boomerang Books Account Holder - it's free to sign up and there are great benefits!)

IAN KERSHAW's other books include Hitler 1889-1936: Hubris; Making Friends with Hitler; Fateful Choices: Ten Decisions that Changed the World, 1940-4; and The End: Hitler's Germany, 1944-45. Hitler 1936-1945: Nemesis received the Wolfson History Prize and the Bruno Kreisky Prize in Austria for Political Book of the Year, and was joint winner of the inaugural British Academy Book Prize. Until his retirement in 2008, Ian Kershaw was Professor of Modern History at the University of Sheffield. For services to history he was given the German award of the Federal Cross of Merit in 1994. He was knighted in 2002 and awarded the Norton Medlicott Medal by the Historical Association in 2004. He is a Fellow of the British Academy.

A Preview for this title is currently not available.
More Books By Ian Kershaw
View All