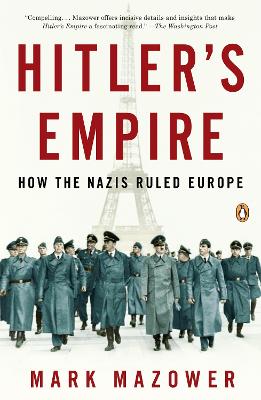 How the Nazis Ruled Europe

Draw ing on an unprecedented range and variety of original research, Hitler's Empire sheds new light on how the Nazis designed, maintained, and lost their European dominion?and offers a chilling vision of what the world would have become had they won the war. Mark Mazower forces us to set aside timeworn opinions of the Third Reich, and instead shows how the party drew inspiration for its imperial expansion from America and Great Britain. Yet the Nazis? lack of political sophistication left them unequal to the task of ruling what their armies had conquered, despite a shocking level of cooperation from the overwhelmed countries. A work as authoritative as it is unique, Hitler's Empire is a surprising?and controversial? new appraisal of the Third Reich's rise and ultimate fall. 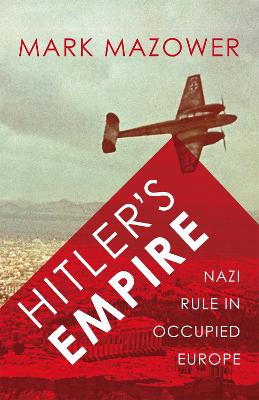 » Have you read this book? We'd like to know what you think about it - write a review about Hitler's Empire book by Mark Mazower and you'll earn 50c in Boomerang Bucks loyalty dollars (you must be a Boomerang Books Account Holder - it's free to sign up and there are great benefits!)

Mark Mazower is the Ira D. Wallach Professor of History at Columbia University. He is the author of Hitler's Empire and The Balkans: A Short History, winner of the Wolfson Prize for History, among other books. He lives in New York City.

A Preview for this title is currently not available.
More Books By Mark Mazower
View All