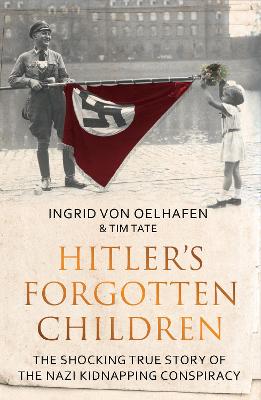 "An emotional read... engagingly written." -- All About History magazine
In 1942 Erika, a baby girl from Yugoslavia, was taken for a 'medical' examination by the Nazi occupiers. Declared an 'Aryan', she was removed from her mother; her true identity erased, she became Ingrid von Oelhafen.
The Lebensborn programme was the brainchild of Himmler: an extraordinary plan to create an Aryan master race. Later, as Ingrid began to uncover her true identity, the full scale of the scheme became clear - including the kidnapping of up to half a million babies like her, and the deliberate murder of children born into the programme who were deemed 'substandard'.
Her research took her to little-known records of the Nuremberg Trials, and, ultimately, to Yugoslavia, where an extraordinary discovery revealed the full truth behind her story: the Nazis had substituted 'Ingrid' with another child, who had been raised as 'Erika' by her family.
Written with insight and compassion, this is a powerful meditation on the personal legacy of Hitler's vision, of Germany's brutal past and of a divided Europe that for many years struggled to come to terms with its own history. 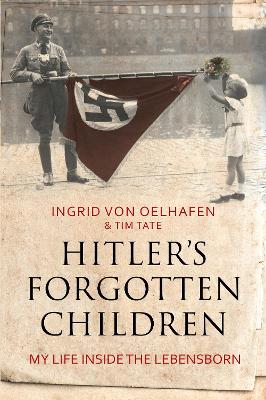 » Have you read this book? We'd like to know what you think about it - write a review about Hitler's Forgotten Children book by Ingrid von Oelhafen and you'll earn 50c in Boomerang Bucks loyalty dollars (you must be a Boomerang Books Account Holder - it's free to sign up and there are great benefits!)

Ingrid von Oelhafen is a former physical therapist living in Osnabruck, Germany. For more than 20 years she has been investigating her own extraordinary story and that of Lebensborn. She is in contact with other Lebensborn survivors and has been invited to give talks in schools about the programme and its effects on those who were part of it.; Tim Tate is a multi-award-winning documentary filmmaker and author. In 2013 he produced and directed Lebensborn: Children of the Master Race, which was broadcast on Channel 5. He is the author of twelve books, including the best-selling Slave Girl.

A Preview for this title is currently not available.
More Books By Ingrid von Oelhafen
View All