HIV/AIDS, Health and the Media in China

Description - HIV/AIDS, Health and the Media in China by Johanna Hood

Approximately 90% of urban HIV/AIDS education in China occurs indirectly through non-specialist media reports. Many of these reports use images of extreme suffering and poverty to communicate an understanding of who gets HIV, why and how. This book explores an important aspect of how HIV/AIDS is communicated in China's print media, posters, websites and television, suggesting that its association with Africa and Africans -- portrayed as a distant and backward land and people -- has impacted understandings of HIV/AIDS. It demonstrates how, in China's media, Africans are frequently used to embody the most extreme possibilities of poverty and disease, in contrast with the progressive, scientifically sophisticated Han Chinese, which has encouraged the urban public to develop 'imagined immunity' to HIV. By illustrating how HIV/AIDS is portrayed as a non-Han and racialized disease affecting specific bodies, races and places, the author argues that this discourse has had the effect of distancing many Chinese from the perceived possibility of infection, thus compromising the effectiveness of public health campaigns on HIV/AIDS.
The book suggests that the key to combating the spread of HIV/AIDS lies in challenging the ways in which the disease is portrayed in China's media, rather than simply by continuing with the current strategy to educate more people.

Other Editions - HIV/AIDS, Health and the Media in China by Johanna Hood 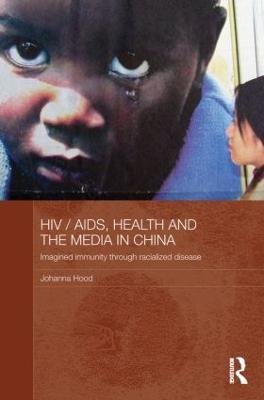 Book Reviews - HIV/AIDS, Health and the Media in China by Johanna Hood

» Have you read this book? We'd like to know what you think about it - write a review about HIV/AIDS, Health and the Media in China book by Johanna Hood and you'll earn 50c in Boomerang Bucks loyalty dollars (you must be a Boomerang Books Account Holder - it's free to sign up and there are great benefits!)

Johanna Hood is a member of the China Research Centre at the University of Technology, Sydney, Australia.

A Preview for this title is currently not available.
More Books By Johanna Hood
View All