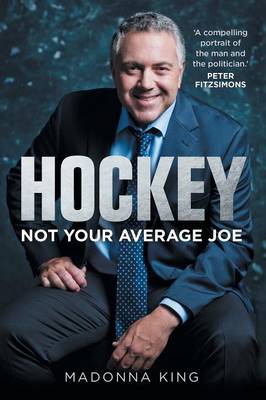 Hockey: Not Your Average Joe

Description - Hockey: Not Your Average Joe by Madonna King

While thousands of viewers watched Joe Hockey's approachable persona each week on Channel 7's Sunrise, there is a lot more to the Australian Treasurer than meets the eye. After embarking on his political career as a student, Hockey worked tirelessly to rise through the ranks of the Liberal Party - learning some pivotal lessons along the way and earning himself one of the nation's toughest jobs. Having held a raft of senior ministerial positions in the Howard government, he presides over some of the most controversial financial decisions of the decade- rejecting the bid by US food processing giant Archer Daniels Midland to take over Graincorp; Holden's decision to leave Australia; and demands for help from national icons such as Qantas and SPC Ardmona. Already a household name, it is hard not to know about Hockey the politician, who has declared a 'new age of opportunity' and whose Budget has got the nation talking. But what about the man behind the politician? Drawing on hundreds of interviews, as well as full access to Joe Hockey, his family and friends, Madonna King's biography explores the influences that have shaped his life, and provides an exclusive and unparalleled insight into the man who will play a pivotal role in our nation's future.

Other Editions - Hockey: Not Your Average Joe by Madonna King 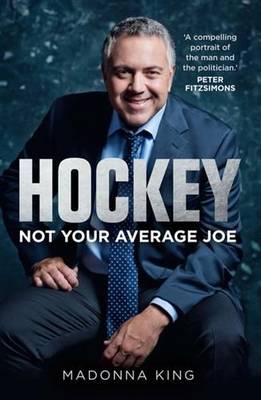 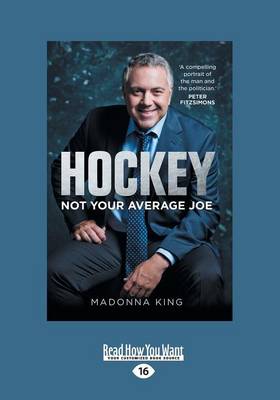 Book Reviews - Hockey: Not Your Average Joe by Madonna King

» Have you read this book? We'd like to know what you think about it - write a review about Hockey: Not Your Average Joe book by Madonna King and you'll earn 50c in Boomerang Bucks loyalty dollars (you must be a Boomerang Books Account Holder - it's free to sign up and there are great benefits!)

A Short Introduction to Understanding and Supporting Children and Young People Who Self-Harm
Carol Fitzpatrick
$31.35 $31.99

Ten-ager: What your daughter needs you to know about the transition from child to teen
$26.39 $32.99