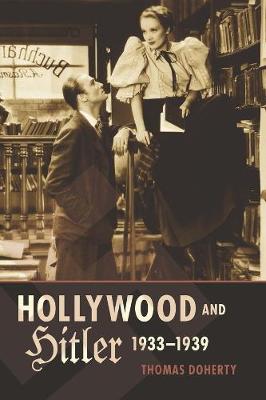 Between 1933 and 1939, representations of the Nazis and the full meaning of Nazism came slowly to Hollywood, growing more ominous and distinct only as the decade wore on. Recapturing what ordinary Americans saw on the screen during the emerging Nazi threat, Thomas Doherty reclaims forgotten films, such as Hitler's Reign of Terror (1934), a pioneering anti-Nazi docudrama by Cornelius Vanderbilt Jr.; I Was a Captive of Nazi Germany (1936), a sensational true tale of "a Hollywood girl in Naziland!"; and Professor Mamlock (1938), an anti-Nazi film made by German refugees living in the Soviet Union.

Doherty also recounts how the disproportionately Jewish backgrounds of the executives of the studios and the workers on the payroll shaded reactions to what was never simply a business decision. As Europe hurtled toward war, a proxy battle waged in Hollywood over how to conduct business with the Nazis, how to cover Hitler and his victims in the newsreels, and whether to address or ignore Nazism in Hollywood feature films. Should Hollywood lie low, or stand tall and sound the alarm?

Doherty's history features a cast of charismatic personalities: Carl Laemmle, the German Jewish founder of Universal Pictures, whose production of All Quiet on the Western Front (1930) enraged the nascent Nazi movement; Georg Gyssling, the Nazi consul in Los Angeles, who read the Hollywood trade press as avidly as any studio mogul; Vittorio Mussolini, son of the fascist dictator and aspiring motion picture impresario; Leni Riefenstahl, the Valkyrie goddess of the Third Reich who came to America to peddle distribution rights for Olympia (1938); screenwriters Donald Ogden Stewart and Dorothy Parker, founders of the Hollywood Anti-Nazi League; and Harry and Jack Warner of Warner Bros., who yoked anti-Nazism to patriotic Americanism and finally broke the embargo against anti-Nazi cinema with Confessions of a Nazi Spy (1939). 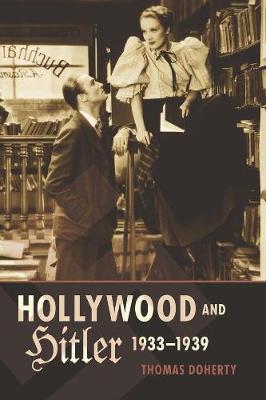 » Have you read this book? We'd like to know what you think about it - write a review about Hollywood and Hitler, 1933-1939 book by Thomas Doherty and you'll earn 50c in Boomerang Bucks loyalty dollars (you must be a Boomerang Books Account Holder - it's free to sign up and there are great benefits!)


A Preview for this title is currently not available.
More Books By Thomas Doherty
View All