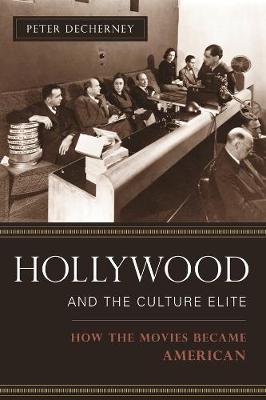 Hollywood and the Culture Elite: How the Movies Became American

Description - Hollywood and the Culture Elite: How the Movies Became American by Peter Decherney

As Americans flocked to the movies during the first part of the twentieth century, the guardians of culture grew worried about their diminishing influence on American art, education, and American identity itself. Meanwhile, Hollywood studio heads were eager to stabilize their industry, solidify their place in mainstream society, and expand their new but tenuous hold on American popular culture.

Peter Decherney explores how these needs coalesced and led to the development of a symbiotic relationship between the film industry and America's stewards of high culture. Formed during Hollywood's Golden Age (1915-1960), this unlikely partnership ultimately insured prominent places in American culture for both the movie industry and elite cultural institutions. It redefined Hollywood as an ideal American industry; it made movies an art form instead of simply entertainment for the masses; and it made moviegoing a vital civic institution. For their part, museums and universities used films to maintain their position as quintessential American institutions.

As the book delves into the ties between Hollywood bigwigs and various cultural leaders, an intriguing cast of characters emerges, including the poet Vachel Lindsay, film producers Adolph Zukor and Joseph Kennedy, Hollywood flak and censor extraordinaire Will Hays, and philanthropist turned politician Nelson Rockefeller. Decherney considers how Columbia University's film studies program helped integrate Jewish students into American culture while also professionalizing screenwriting. He examines MoMA's career-savvy film curator Iris Barry, a British feminist once dedicated to stemming the tide of U.S. cultural imperialism, who ultimately worked with Hollywood and the U.S. government to fight fascism and communism and promote American values abroad. Other chapters explore Vachel Lindsay's progressive vision of movies as reinvigorating the public sphere through film libraries and museums; the promotion of movie connoisseurship at Harvard and other universities; and how the heir of a railroad magnate bankrolled the American avant-garde film movement.

Amid ethnic diversity, the rise of mass entertainment, world war, and the global spread of American culture, Hollywood and cultural institutions worked together to insure their own survival and profitability and to provide a coherent, though shifting, American identity.

Other Editions - Hollywood and the Culture Elite: How the Movies Became American by Peter Decherney 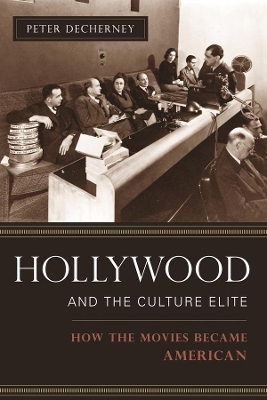 Book Reviews - Hollywood and the Culture Elite: How the Movies Became American by Peter Decherney

» Have you read this book? We'd like to know what you think about it - write a review about Hollywood and the Culture Elite: How the Movies Became American book by Peter Decherney and you'll earn 50c in Boomerang Bucks loyalty dollars (you must be a Boomerang Books Account Holder - it's free to sign up and there are great benefits!)


A Preview for this title is currently not available.
More Books By Peter Decherney
View All