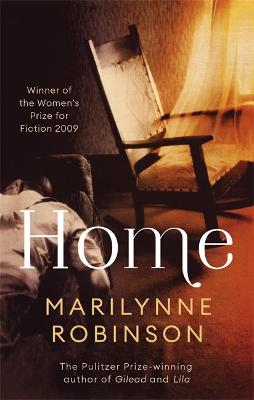 WINNER OF THE WOMEN'S PRIZE FOR FICTION 2009AN OPRAH'S BOOK CLUB PICKJack Boughton - prodigal son - has been gone twenty years. He returns home seeking refuge and to make peace with the past. A bad boy from childhood, an alcoholic who cannot hold down a job, Jack is perpetually at odds with his surroundings and with his traditionalist father, though he remains Boughton's most beloved child. His sister Glory has also returned, fleeing her own mistakes, to care for their dying father. A moving book about families, about love and death and faith, Home is unforgettable. It is a masterpiece.'One of the greatest living novelists' BRYAN APPLEYARD, SUNDAY TIMES'A luminous, profound and moving piece of writing. There is no contemporary American novelist whose work I would rather read' MICHAEL ARDITTI, INDEPENDENT'Her novels are replete with a sense of felt life, with a deep and abiding sympathy for her characters and a full understanding of their inner lives' COLM TOIBIN'Utterly haunting' JANE SHILLING, SUNDAY TELEGRAPH

Other Editions - Home by Marilynne Robinson 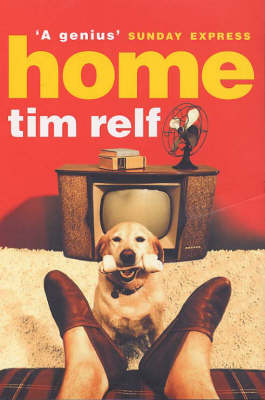 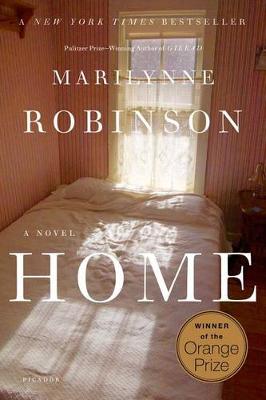 » Have you read this book? We'd like to know what you think about it - write a review about Home book by Marilynne Robinson and you'll earn 50c in Boomerang Bucks loyalty dollars (you must be a Boomerang Books Account Holder - it's free to sign up and there are great benefits!)

“You must forgive in order to understand. Until you forgive, you defend yourself against the possibility of understanding”

Home is the second book in the Gilead series by Pulitzer Prize-winning author, Marilynne Robinson, and is set in Gilead, Iowa at the same time as the first book. This book focusses on Reverend Robert Boughton (closest friend of Reverend John Ames), and his family. Thirty-eight-year-old Glory Boughton, with a failed engagement behind her, returns to Gilead to look after her ailing father, Robert. A letter arrives, and Glory worries about the effect it will have on her father: “…the note might really be from Jack, but upsetting somehow, written from a ward for the chronically vexatious, the terminally remiss”.

Eventually, her disreputable brother Jack, an unemployed alcoholic, returns home after twenty years of virtual silence. Her father is pleased to see this favoured child again, one who went from “a restless, distant, difficult boy” to what Jack himself admits: “….nothing but trouble…….I create a kind of displacement around myself as I pass through the world, which can fairly be called trouble”. Jack is not the only one with secrets in his past, and he and Glory form a bond. His reconnection with his godfather and namesake, Reverend John Ames does not proceed smoothly.

They think back on their youth in the family home: “Experience had taught them that truth has sharp edges and hard corners, and could be seriously at odds with kindness” and “…lying in that family meant only that the liar would appreciate discretion…..as a matter of courtesy they treated one another’s deceptions like truth, which was a different thing from deceiving, or being deceived”. Glory is less than pleased to be in Gilead and dreads the thought of spending the rest of her days there: “To have [the past] overrun its bounds this way and become present and possibly future, too – they all knew this was a thing to be regretted”

Robinson treats the reader to some marvellous descriptive prose: “Their father said if they could see as God can, in geological time, they would see it leap out of the ground and turn in the sun and spread it arms and bask in the joys of being an oak tree in Iowa”. She touches on the question of racial prejudice and also includes some hints about the life Lila led before Gilead, a subject expanded on in the third book in this series. While this novel is somewhat slow in places, it is a stirring read and the final pages will move many readers to tears. 4.5 stars

A Preview for this title is currently not available.
More Books By Marilynne Robinson
View All