On 29 March 2016 the New York based online journal, Realty Today reported 'Israel is facing a housing crisis with ...[the] home inventory lacking 100,000 apartments... House prices, which have more than doubled in less than a decade, resulted in a mass protest back in 2011'.

As Yael Allweil reveals in her fascinating book, housing has played a pivotal role in the history of nationalism and nation building in Israel-Palestine. She adopts the concept of 'homeland' to highlight how land and housing are central to both Zionism and Palestinian nationalism, and how the history of Zionist and Palestinian national housing have been inseparably intertwined from the introduction of the Ottoman Land Code in 1858 to the present day.

Following the Introduction, Part I, 'Historiographies of Land Reform and Nationalism', discusses the formation of nationalism as the direct result of the Ottoman land code of 1858. Part II, 'Housing as Proto-Nationalism' focuses on housing as the means to claim rights over the homeland. Part III, 'Housing and Nation-Building in the Age of State Sovereignty', explores the effects of statehood on national housing across several strata of Israeli society. The Afterword discusses housing as the quintessential object of agonistic conflict in Israel-Palestine, around which the Israeli polity is formed and reformed.

Other Editions - Homeland by Yael Allweil 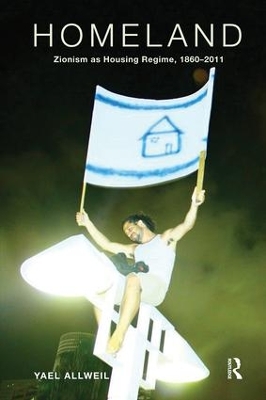 » Have you read this book? We'd like to know what you think about it - write a review about Homeland book by Yael Allweil and you'll earn 50c in Boomerang Bucks loyalty dollars (you must be a Boomerang Books Account Holder - it's free to sign up and there are great benefits!)

Yael Allweil is an Assistant Professor in the Faculty of Architecture and Town Planning at the Technion, Haifa, Israel. Her research centres on the history of housing in Israel and Palestine and the struggles over urban public spaces.

A Preview for this title is currently not available.
More Books By Yael Allweil
View All