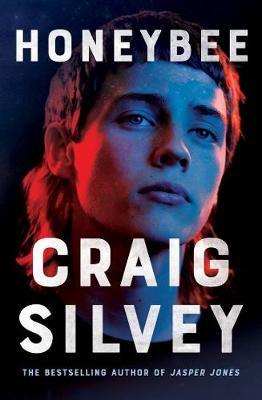 'Find out who you are, and live that life.'

Late in the night, fourteen-year-old Sam Watson steps onto a quiet overpass, climbs over the rail and looks down at the road far below.

At the other end of the same bridge, an old man, Vic, smokes his last cigarette.

The two see each other across the void. A fateful connection is made, and an unlikely friendship blooms. Slowly, we learn what led Sam and Vic to the bridge that night. Bonded by their suffering, each privately commits to the impossible task of saving the other.

Honeybee is a heartbreaking, life-affirming novel that throws us headlong into a world of petty thefts, extortion plots, botched bank robberies, daring dog rescues and one spectacular drag show.

At the heart of Honeybee is Sam: a solitary, resilient young person battling to navigate the world as their true self; ensnared by loyalty to a troubled mother, scarred by the volatility of a domineering stepfather, and confounded by the kindness of new alliances.

Honeybee is a tender, profoundly moving novel, brimming with vivid characters and luminous words. It's about two lives forever changed by a chance encounter -- one offering hope, the other redemption. It's about when to persevere, and when to be merciful, as Sam learns when to let go, and when to hold on.

Other Editions - Honeybee by Craig Silvey 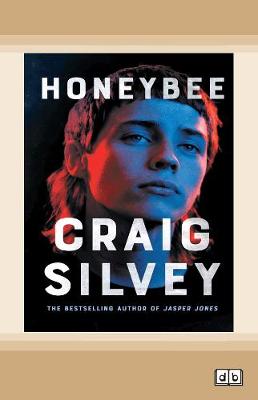 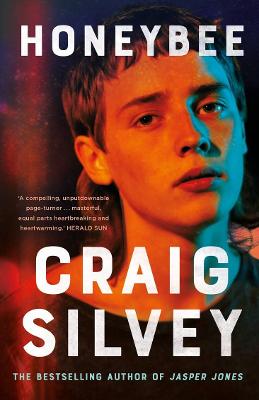 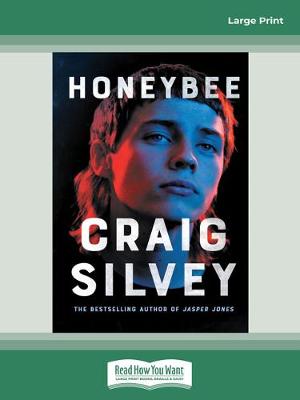 » Have you read this book? We'd like to know what you think about it - write a review about Honeybee book by Craig Silvey and you'll earn 50c in Boomerang Bucks loyalty dollars (you must be a Boomerang Books Account Holder - it's free to sign up and there are great benefits!)

Honeybee is the third novel by award-winning Australian author, Craig Silvey. Fourteen-year-old Sam Watson meets elderly widower Vic under unusual circumstances: late one night they are both on the wrong side of the safety rail of the Clayton Road overpass, planning to end their lives when, somewhat unintentionally, they save each other. An unconscious connection is formed.

Days later, Sam is staying at Vic’s house, cooking gourmet meals, exploring Edie’s closet and learning about auto mechanics. Sam is surprised at how safe and comfortable he feels with this sad, lonely old man who seems satisfied with however much (or little) Sam is prepared to reveal about his life.

It’s quickly apparent what has led Vic to this momentous decision about his life; what has propelled someone of Sam’s tender years to the same conclusion is revealed much more gradually, mostly in flashbacks of his life.

Sam was a misfit at school but, despite the hand-to-mouth existence, the frequent evictions, the shoplifting, even when living in their car, he saw life with his single mum, Sarah as an idyll: Sam was happy. When they went to live with Steve, his mum changed, and they wanted Sam to change too.

“I tried harder to fit in, but there wasn’t a space for me. I didn’t know how I was supposed to be. It was like t was born speaking a language nobody else could understand, but I couldn’t talk any other way. So I stopped speaking, and I learned how to be invisible.”

Now, living with Vic, however unconventionally he behaves, Sam feels accepted: “Mate, I think you’re just you, and there’s nothing the matter with that.” He encounters the local busybody, (Neighbourhood Watch gone OTT, but comes in handy later), and he meets Aggie Meemeduma, a quirky teen who, along with her family, are genuinely friendly.

When Vic and Sam share their final wish, Sam is determined to make it happen for Vic. Aggie manages to come up with an audacious plan that Sam almost carries off. Sam is given sound advice, some of it from a surprising quarter: “You’re a sensitive kid. You think your own thoughts. Don’t ever lose that… Don’t go hard inside. Don’t change who you are” and he eventually discovers that he has true friends, more than he had ever imagined, and that he is worthy of them.

Some of the humour is deliciously dark, and Silvey manages to have the reader frequently laughing out loud, gasping in shock and choking up, often all on the same page. Retailers and bank managers might not appreciate the techniques Silvey gives his young protagonist for shop-lifting and bank robbery.

Silvey gives the reader a marvellous cast of characters, of whom the drag queen and the Dungeons & Dragons fan are likely to be favourites, although Sam and Vic cannot fail to win hearts. He gives them plenty of entertaining banter, astute observations and wise words, and it’s fitting to give Vic the last word: “Find out who you are, and live that life.” Moving, insightful and truly uplifting.