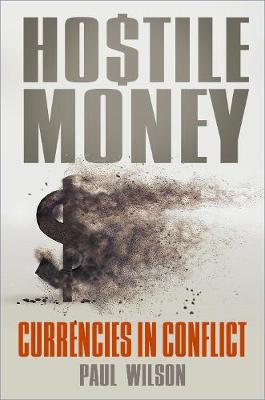 Money is with us every day, in daily transactions, stores of wealth or measures of debts. It measures the comfort and security in which we live and reflects the level of development of the countries and communities we inhabit. Out of control, money engenders inflation, while hoarding causes prices to collapse, taking with them businesses and jobs. But more than this, it possesses the power to make nations and fuel wars. Money is the subject of diplomacy and the tool of statesmen seeking to overthrow hostile regimes at home and abroad. Power over the issue of money shadows the transfer of political power over the centuries: from monarch to aristocracy to elected parliaments and unelected central banks. Hostile Money looks at currencies' role in revolution, war and civil war; its early importance as a privilege of the monarch and how that was undermined; the vital part money plays in creating new nations and as a means of exerting influence short of war on other nations. This is a history money, and so much more. AUTHOR: Paul Wilson began his career at De La Rue PLC, the world's biggest commercial banknote printing company, in 1994, after serving in the British Army and Foreign and Commonwealth Office. For his work, Wilson travelled to Sarajevo for discussions with the Central Bank of Bosnia in the aftermath of the Civil War, and to Afghanistan and Iraq shortly after the invasions of both counties, as well as many other countries across the world. 16 b/w illustrations

» Have you read this book? We'd like to know what you think about it - write a review about Hostile Money: Currencies in Conflict book by Paul Wilson and you'll earn 50c in Boomerang Bucks loyalty dollars (you must be a Boomerang Books Account Holder - it's free to sign up and there are great benefits!)


A Preview for this title is currently not available.
More Books By Paul Wilson
View All