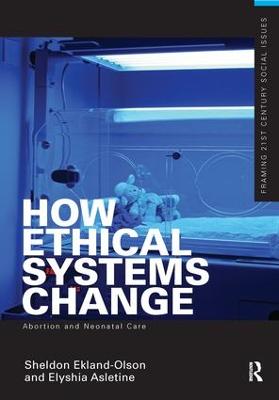 Roe v. Wade came like a bolt from the blue, but support had been building for years. For many, the idea that life in the womb was not fully protected under the Constitution was simply not acceptable. Political campaigns were organized and protests launched, including the bombing of clinics and the killing of abortion providers. Questions about the protection and support of life continued after birth. This book is based on a hugely popular undergraduate course taught at the University of Texas, and is ideal for those interested in the social construction of social worth, social problems, and social movements.

This book is part of a larger text, Who Lives, Who Dies, Who Decides?,

Other Editions - How Ethical Systems Change: Abortion and Neonatal Care by Sheldon Ekland-Olson 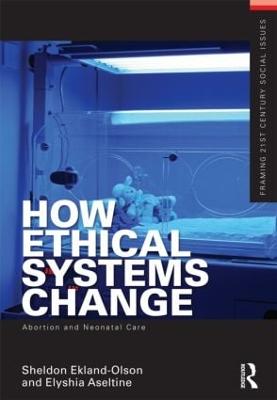 » Have you read this book? We'd like to know what you think about it - write a review about How Ethical Systems Change: Abortion and Neonatal Care book by Sheldon Ekland-Olson and you'll earn 50c in Boomerang Bucks loyalty dollars (you must be a Boomerang Books Account Holder - it's free to sign up and there are great benefits!)

Sheldon Ekland-Olson joined The University of Texas at Austin after completing his graduate work at the University of Washington in Seattle and Yale Law School. He is currently the Bernard and Audre Rapoport Centennial Professor of Liberal Arts. For five years he served as Dean of the College of Liberal Arts and then for eight years as Executive Vice President and Provost of the university. He has authored or co-authored several books and numerous articles on criminal justice, prison reform, and capital punishment. Widely recognized for his commitment to teaching undergraduates, he is the recipient of numerous teaching awards. His current interests are reflected in the book manuscript, Who Lives, Who Dies, Who Decides? Elyshia Aseltine is an Assistant Professor of Criminal Justice and Criminology at Lycoming College in Williamsport, Pennsylvania. She joined the Lycoming faculty after completing her graduate work in sociology at The University of Texas at Austin.Ã£ Her research focuses on punishment and inequality in the United States and Africa.