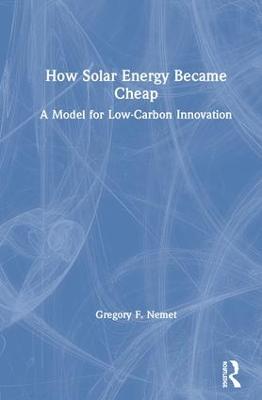 How Solar Energy Became Cheap: A Model for Low-Carbon Innovation

Solar energy is a substantial global industry, one that has generated trade disputes among superpowers, threatened the solvency of large energy companies, and prompted serious reconsideration of electric utility regulation rooted in the 1930s. One of the biggest payoffs from solar's success is not the clean inexpensive electricity it can produce, but the lessons it provides for innovation in other technologies needed to address climate change.

Despite the large literature on solar, including analyses of increasingly detailed datasets, the question as to how solar became inexpensive and why it took so long still remains unanswered. Drawing on developments in the US, Japan, Germany, Australia, and China, this book provides a truly comprehensive and international explanation for how solar has become inexpensive. Understanding the reasons for solar's success enables us to take full advantage of solar's potential. It can also teach us how to support other low-carbon technologies with analogous properties, including small modular nuclear reactors and direct air capture. However, the urgency of addressing climate change means that a key challenge in applying the solar model is in finding ways to speed up innovation. Offering suggestions and policy recommendations for accelerated innovation is another key contribution of this book.

This book will be of great interest to students and scholars of energy technology and innovation, climate change and energy analysis and policy, as well as practitioners and policymakers working in the existing and emerging energy industries.

Other Editions - How Solar Energy Became Cheap: A Model for Low-Carbon Innovation by Gregory F. Nemet 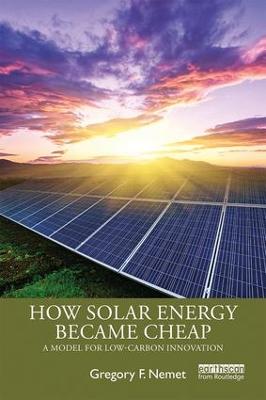 » Have you read this book? We'd like to know what you think about it - write a review about How Solar Energy Became Cheap: A Model for Low-Carbon Innovation book by Gregory F. Nemet and you'll earn 50c in Boomerang Bucks loyalty dollars (you must be a Boomerang Books Account Holder - it's free to sign up and there are great benefits!)


A Preview for this title is currently not available.
More Books By Gregory F. Nemet
View All