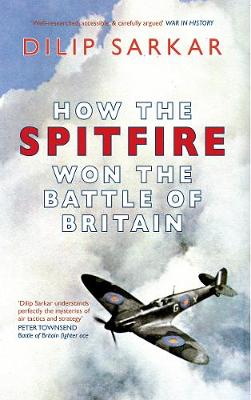 How the Spitfire Won the Battle of Britain

Although there were many more Hawker Hurricanes than Supermarine Spitfires engaged in the epic conflict fought over southern England in summer 1940, the public's imagination was captured by the shapely and charismatic Spitfire. According to legend, however, the Hurricane executed far greater damage on the enemy than all other defences combined, and was therefore the unsung hero of our 'Finest Hour'. New research, though, confirms that the Spitfire, although less in number, was in fact supreme, and destroyed an equal number of enemy machines to the more numerous Hurricane force. Featuring interviews with pilots who flew to war in both Spitfires and Hurricanes, and following a detailed analysis of combat reports and casualty records, Dilip Sarkar shatters the myth and argues a persuasive case proving that the Hurricane was markedly inferior to the Spitfire during the Battle of Britain - which could have been won by Spitfires, but not Hurricanes, alone. A controversial thesis likely to provoke lively debate, the evidence presented by this retired police detective and expert aviation historian is nonetheless indisputable.

Buy How the Spitfire Won the Battle of Britain by Dilip Sarkar from Australia's Online Independent Bookstore, Boomerang Books. 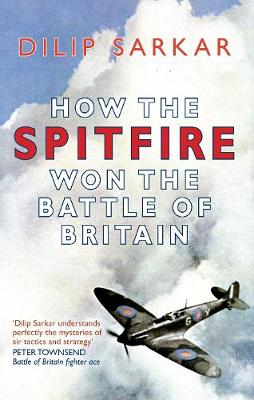 » Have you read this book? We'd like to know what you think about it - write a review about How the Spitfire Won the Battle of Britain book by Dilip Sarkar and you'll earn 50c in Boomerang Bucks loyalty dollars (you must be a Boomerang Books Account Holder - it's free to sign up and there are great benefits!)

Dilip Sarkar has been fascinated by the Battle of Britain since childhood, he remains both moved and inspired by the story of Churchill's fabled Few, those young airmen who stood between freedom and a Britain dominated by Nazi Germany. Since the 1970s he has met and interviewed more Battle of Britain pilots than any other historian. He has researched the subject thoroughly and has published over thirty books, titles which include the only biographical works formally endorsed by the families of both Group Captain Sir Douglas Bader and Air Vice-Marshal Johnnie Johnson. In 2003, Dilip was made an MBE for services to aviation history, and elected to the Fellowship of the Royal Historical Society in 2006. He lives in Worcester. For more information please see www.dilipsarkarmbe.co.uk.

A Preview for this title is currently not available.
More Books By Dilip Sarkar
View All

Spitfire!: The Full Story of a Unique Battle of Britain Fighter Squadron
No Stock on Hand, Supplier Has No Due Date for Supply.
$81.00 $90.00