How To Draw Sci-Fi Utopias And Dystopias

The far future is going to be very good, or very bad-depending on which science fiction creator you ask. Visions of the future in speculative sci-fi have almost always fallen somewhere along a visual/conceptual spectrum, ranging from the extremely hopeful at one end to the extremely dire at the other. Star Trek presents us with a 23rd century in which poverty, warfare, and ignorance have all been virtually eradicated, and in which mankind is united in the exploration and peaceful colonization of the furthest regions of the galaxy. The Matrix trilogy presents us with a 22nd century in which most of humanity is enslaved by machines that rule the Earth's ravaged surface, and in which the few not so enslaved endure a hideously impoverished existence deep underground. In all of pop culture-in literature, film, and comics-this pattern is evident, with visions of tomorrow falling somewhere on this scale of optimism versus pessimism. And in recent years, science fiction films and other productions with utopian/dystopian elements have been appearing at a feverish pace-think of The Hunger Games series, the Divergent series, The Walking Dead, Elysium, and the revived Star Trek and Star Wars films. All of this reflects a deep psychological need, which is universal and perennial. Conjuring visions of the future-both the beautiful and the horrifying varieties-is one of the ways in which we unify our understanding of the present, and come either to accept it or demand that it be changed. And our individual temperaments are our biggest (and always unspoken) premises in how we envision the future.

» Have you read this book? We'd like to know what you think about it - write a review about How To Draw Sci-Fi Utopias And Dystopias book by Prentis Rollins and you'll earn 50c in Boomerang Bucks loyalty dollars (you must be a Boomerang Books Account Holder - it's free to sign up and there are great benefits!)

Prentis Rollins has been a professional illustrator for over 20 years. A long-time contributor to DC Comics, he has worked on top-selling projects like Green Lantern- Rebirth, Flash- Iron Heights, DC- One Million, and Batman- The Ultimate Evil. He is the author of The Making of a Graphic Novel (The Resonator) and Survival Machine (Stories) (Monkeysuit Press, 2002). He lives in London with his wife and three children during the school year and in Manhattan during the summer and school holidays.

A Preview for this title is currently not available.
More Books By Prentis Rollins
View All 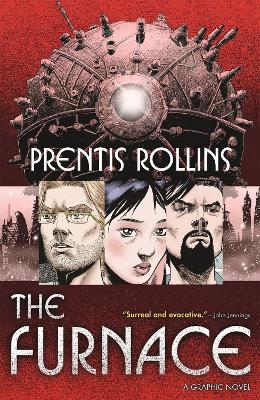