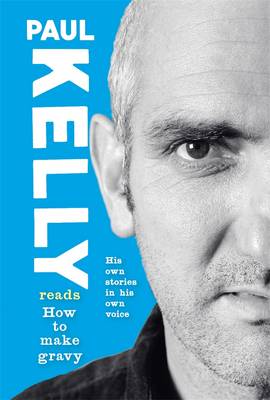 How To Make Gravy

Description - How To Make Gravy by Paul Kelly

Paul Kelly is a uniquely gifted storyteller, and here, using his lyrics as starting points, he reads stories of his life and his songs, including 'Before Too Long', 'To Her Door', 'Leaps And Bounds', 'Don't Start Me Talking', 'Dumb Things', 'From Little Things Big Things Grow' and 'How To Make Gravy'. Mirroring the structure of his legendary A to Z shows - where he performs around a hundred of his songs alphabetically over four nights - Kelly describes the highs and lows of performing, the art of songwriting, being on the road with the band, tales of his childhood, family, friends and fellow musicians.He is then joined by special guests on a bonus disc as some of Australia's finest actors - Cate Blanchett, Russell Crowe, Hugh Jackman, Judy Davis and Ben Mendelsohn - each read a selected chapter.Playful and honest, insightful and intimate, How to Make Gravy is an irresistible reflection on both the big and little things in life.Paul Kelly has recorded seventeen studio albums as well as several film soundtracks and live albums, in an influential career spanning more than thirty years. His prose has appeared in Meanjin, The Monthly, Rolling Stone and The Age.OVER 17 HOURS UNABRIDGED ON 16 CDs READ BY THE AUTHOR plus BONUS DISC'The pre-eminent writer of his generation.' The Weekend Australian'This book delivers.' Sun-Herald

Other Editions - How To Make Gravy by Paul Kelly 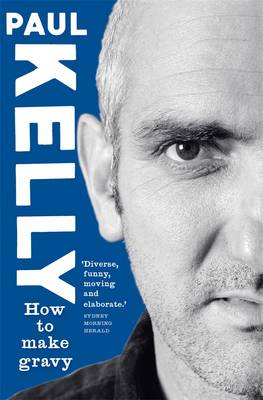 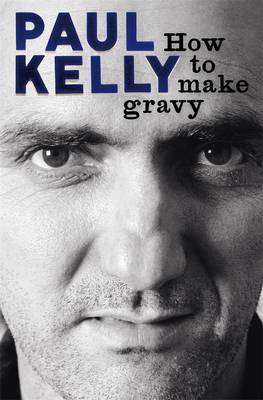 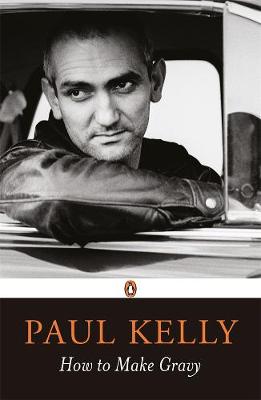 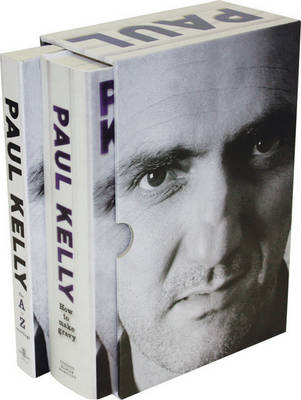 View all editions of How To Make Gravy by Paul Kelly

Book Reviews - How To Make Gravy by Paul Kelly

» Have you read this book? We'd like to know what you think about it - write a review about How To Make Gravy book by Paul Kelly and you'll earn 50c in Boomerang Bucks loyalty dollars (you must be a Boomerang Books Account Holder - it's free to sign up and there are great benefits!)

Paul Kelly is recognised as one of the most significant singer/songwriters in the country. As well as issuing an enduring body of work both solo and with his bands, including The Dots, The Coloured Girls and The Messengers, Kelly has written film scores (Lantana and Jindabyne), and produced albums for and written songs with some of Australia and New Zealand's finest artists. His prose has appeared in Meanjin, The Monthly, Rolling Stone and The Age, and his first book, How To Make Gravy, was published in 2010. He was inducted into the Australian Recording Industry Association (ARIA) Hall of Fame in 1997 and had two songs included in the Australasian Performing Rights Association's (APRA) 2001 list of the Top 30 Australian songs of all time -- 'To Her Door' and 'Treaty' (written with Yothu Yindi). His hits also include 'Dumb Things' and the classic 'From Little Things Big Things Grow' (with Kev Carmody). His most recent album was 2012's Spring And Fall. In 2011 Paul Kelly received the Ted Albert Award For Outstanding Services to Australian Music at the APRA Music Awards. Paul Kelly lives in St Kilda, Melbourne. Visit Paul online at paulkelly.com.au Follow Paul Kelly's How to Make Gravy tour on Tumblr