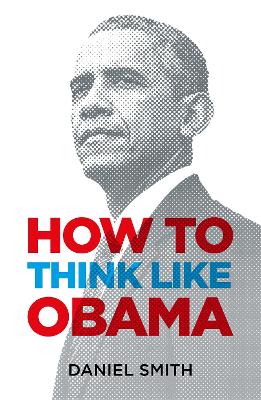 Description - How to Think Like Obama by Daniel Smith

Be inspired by Barack Obama and learn how to think big with this unique insight into the mind of one of the world's great influencers.

Born to a black Kenyan father and white American mother, raised in Hawaii and, for a time, Indonesia, Barack Obama would typically never have been tipped for a future president of the United States, such was the world he was born into. But the path towards greatness and the choices he made along the way can be understood by an attitude that saw him take on any challenge - indeed, 'Yes We Can' became the all-inclusive slogan for his presidential candidacy. Riding a wave of positivity and hope for the future that swept him all the way to the Oval Office, Obama aimed to define his presidency as one that would provide opportunities for the many, not the few. With the price of change being gritty negotiation and compromise, Obama evolved the skills of a twenty-first century president which belied his relative inexperience to achieve the America that, as a young man, he had dreamed of.

How to Think Like Obama reveals the motivations, inspirations and philosophies behind a man who broke the mould to challenge the status quo. With his thoughts on leadership, innovation, overcoming obstacles and fighting inequality, and with quotes by and about him, with this book you too can learn to think like Barack Obama.

Buy How to Think Like Obama by Daniel Smith from Australia's Online Independent Bookstore, Boomerang Books.

Other Editions - How to Think Like Obama by Daniel Smith 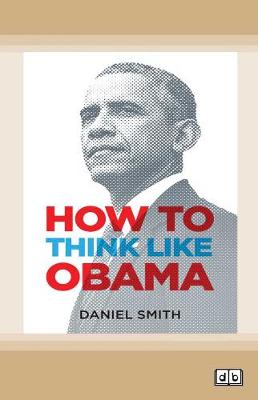 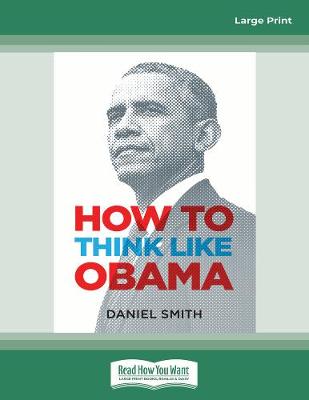 Book Reviews - How to Think Like Obama by Daniel Smith

» Have you read this book? We'd like to know what you think about it - write a review about How to Think Like Obama book by Daniel Smith and you'll earn 50c in Boomerang Bucks loyalty dollars (you must be a Boomerang Books Account Holder - it's free to sign up and there are great benefits!)


A Preview for this title is currently not available.
More Books By Daniel Smith
View All

How to Think Like Sherlock: Improve Your Powers of Observation, Memory and Deduction
$16.99 $19.99

An Apology to the Public for Commencing the Practice of Physic: Particularly in Gouty, Rheumatic, and Hysterical Cases: In Which Are Related Recent and Extraordinary Cures of the Gout, Performed on Gentlemen of Credit and Property, Ed 2
$34.71 $38.57

Instructions for the Proper Use and Application of the Remedies Prescribed for the Gout. by D. Smith, M.D.
$32.51 $36.12