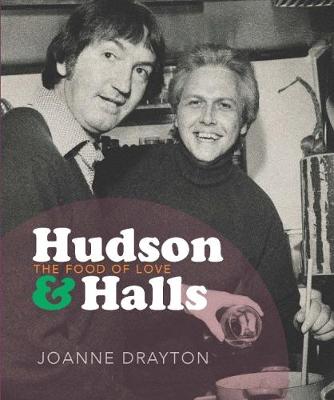 Hudson & Halls: The food of love

Description - Hudson & Halls: The food of love by Joanne Drayton

Hudson & Halls: The food of love is more than just a love story, though a love story it certainly is. It is a tale of two television chefs who helped change the bedrock bad attitudes of a nation in the 1970s and 80s to that unspoken thing - homosexuality. Peter Hudson and David Halls became reluctant role models for a `don't ask, don't tell' generation of gay men and women who lived by omission. They were also captains of a culinary revolution that saw the overthrow of Aunty Daisy and Betty Crocker and the beginnings of Pacific-rich, Asian-styled international cuisine. Their drinking, bitching and bickering on screen, their spontaneous unchoreographed movements across the stage that left cameras and startled production staff exposed broke taboos and melted formalities. They captivated an unlikely bunch of viewers, from middle-aged matrons to bush-shirted blokes. Hudson and Halls were pioneers of celebrity television as we know it today: the naughty, not-quite-normal boys next door who rocketed to stardom on untrained talent and a dream. When Peter Hudson became seriously ill with prostate cancer, David Halls was inconsolable. What remained unchanged through it all was their abiding love for each other. In this riveting, fast-paced and meticulously researched book, New York Times bestselling author Joanne Drayton celebrates the legacy of the unforgettable Hudson and Halls.

» Have you read this book? We'd like to know what you think about it - write a review about Hudson & Halls: The food of love book by Joanne Drayton and you'll earn 50c in Boomerang Bucks loyalty dollars (you must be a Boomerang Books Account Holder - it's free to sign up and there are great benefits!)


A Preview for this title is currently not available.
More Books By Joanne Drayton
View All