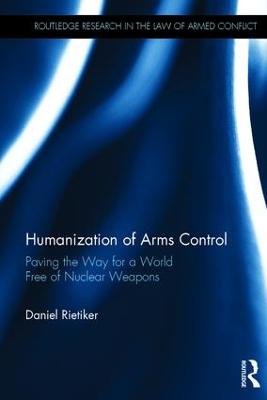 Paving the Way for a World free of Nuclear Weapons

Despite clear legal rules and political commitments, no significant progress has been made in nuclear disarmament for two decades. Moreover, not even the use of these weapons has been banned to date. New ideas and strategies are therefore necessary. The author explores an alternative approach to arms control focusing on the human dimension rather than on States' security: "humanization" of arms control!

The book explores the preparatory work on arms control treaties and in particular the role of civil society. It analyzes the positive experiences of the movements against chemical weapons, anti-personnel mines, and cluster munitions, as well as the recent conclusion of the Arms Trade Treaty. The author examines the question of whether civil society will be able to replicate the success strategies that have been used, in particular, in the field of anti-personnel mines (Ottawa Convention) and cluster munitions (Oslo Convention) in the nuclear weapons field. Is there any reason why the most destructive weapons should not be outlawed by a legally binding instrument?

The book also explains the effects of weapons, especially nuclear weapons, on human beings, the environment, and global development, thereby focusing on vulnerable groups, such as indigenous peoples, women, and children. It takes a broad approach to human rights, including economic, social, and cultural rights. The author concludes that the use of nuclear weapons is illegal under international humanitarian and human rights law and, moreover, constitutes international crimes under the Rome Statute of the International Criminal Court.

In his general conclusions, the author makes concrete proposals for the progress toward a world without nuclear weapons.

Other Editions - Humanization of Arms Control by Daniel Rietiker 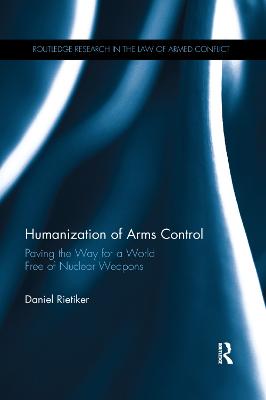 » Have you read this book? We'd like to know what you think about it - write a review about Humanization of Arms Control book by Daniel Rietiker and you'll earn 50c in Boomerang Bucks loyalty dollars (you must be a Boomerang Books Account Holder - it's free to sign up and there are great benefits!)

A Preview for this title is currently not available.
More Books By Daniel Rietiker
View All

Humanization of Arms Control: Paving the Way for a World free of Nuclear Weapons
$81.17 $81.99