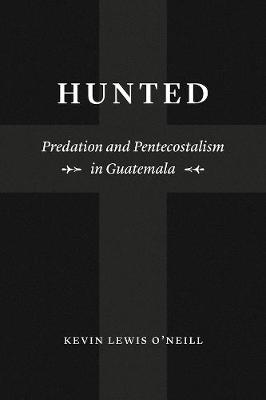 Hunted: Predation and Pentecostalism in Guatemala

"It's not a process," one pastor insisted, "rehabilitation is a miracle." In the face of addiction and few state resources, Pentecostal pastors in Guatemala City are fighting what they understand to be a major crisis. Yet the treatment centers they operate produce this miracle of rehabilitation through extraordinary means: captivity. These men of faith snatch drug users off the streets, often at the request of family members, and then lock them up inside their centers for months, sometimes years.

Hunted is based on more than ten years of fieldwork among these centers and the drug users that populate them. Over time, as Kevin Lewis O'Neill engaged both those in treatment and those who surveilled them, he grew increasingly concerned that he, too, had become a hunter, albeit one snatching up information. This thoughtful, intense book will reframe the arc of redemption we so often associate with drug rehabilitation, painting instead a seemingly endless cycle of hunt, capture, and release.

Other Editions - Hunted: Predation and Pentecostalism in Guatemala by Kevin Lewis O'Neill 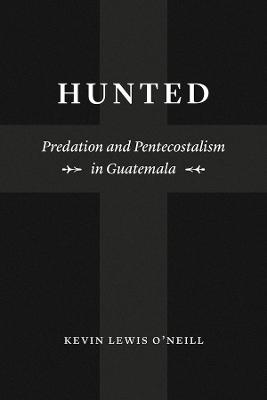 » Have you read this book? We'd like to know what you think about it - write a review about Hunted: Predation and Pentecostalism in Guatemala book by Kevin Lewis O'Neill and you'll earn 50c in Boomerang Bucks loyalty dollars (you must be a Boomerang Books Account Holder - it's free to sign up and there are great benefits!)


A Preview for this title is currently not available.
More Books By Kevin Lewis O'Neill
View All