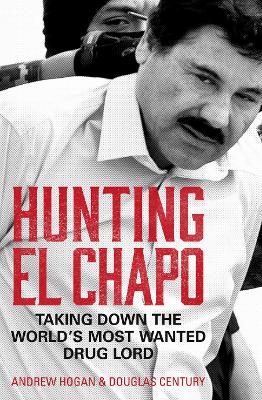 The incredible, untold story of the American agent who captured El Chapo, the world's most-wanted drug-lord. Every generation has its larger-than-life criminal legend living beyond the reach of the law: Billy the Kid, Al Capone, Ronnie Biggs, Pablo Escobar. But for every one of these criminals, there's a Wyatt Earp, Pat Garrett or Slipper of the Yard. For Joaquin Archivaldo Guzman-Loera a.k.a. 'El Chapo' - the 21st century's most notorious criminal - that man is D.E.A. Special Agent Andrew Hogan.

This is the incredible story of Hogan's seven-year-long chase to capture El Chapo, a multibillionaire drug-lord and escape-artist posing as a Mexican Robin Hood, who in reality was a brutal sociopath responsible for the murders of thousands. His greedy campaign to take over his rivals' territories resulted in an unprecedented war with a body count of over 100,000.

We follow Hogan on his quest to achieve the seemingly impossible: to cross the border into Mexico and arrest El Chapo, the leader of the Sinaloa Cartel, a billionaire and Public Enemy No. 1, who had been evading capture for more than a decade and had earned a reputation for being utterly untouchable.

This intimate thriller tells how Hogan single-mindedly and methodically climbed the ladder within the hierarchy of the Sinaloa Cartel - the world's wealthiest and most powerful drug-trafficking organization - by creating one of the most sophisticated undercover operations in the history of the D.E.A. From infiltrating Chapo's inner circle to leading a white-knuckle manhunt with an elite brigade of Mexican Marines, Hogan left no stone unturned in his hunt for the world's most powerful drug kingpin. 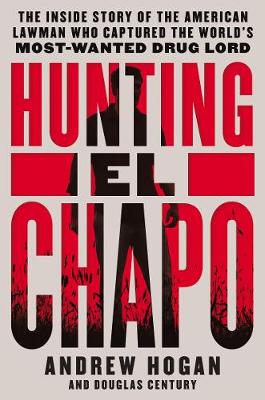 » Have you read this book? We'd like to know what you think about it - write a review about Hunting El Chapo book by Andrew Hogan and you'll earn 50c in Boomerang Bucks loyalty dollars (you must be a Boomerang Books Account Holder - it's free to sign up and there are great benefits!)

ANDREW HOGAN is the DEA special agent who led the investigation and capture of El Chapo Guzman. He now works in the private sector and lives in an undisclosed location. DOUGLAS CENTURY is the author and co-author of such bestsellers as Under and Alone, Barney Ross, Brotherhood of Warriors, and Takedown: The Fall of the Last Mafia Empire, a finalist for the 2003 Edgar Award in the category of Best Nonfiction Crime.

A Preview for this title is currently not available.
More Books By Andrew Hogan
View All