An evocative, lyrical memoir of grief, love and renewal.

Patrick Deeley's train journey home to rural East Galway in autumn 1978 was a pilgrimage of grief- his giant of a father had been felled, the hurley-making workshop silenced. From this moment, Patrick unfolds his childhood as a series of evocative moments, from the intricate workings of the timber workshop run by his father to the slow taking apart of an old tractor and the physical burial of a steam engine; from his mother's steady work on an old Singer sewing machine to his father's vertiginous quickstep on the roof of their house. There are many wonderful descriptions of the natural world and delightful cameos of characters and incidents from a not-so-long-ago country childhood. In a style reminiscent of John McGahern's Memoir, Deeley's beautifully paced prose captures the rhythms, struggles and rough edges of a rural life that was already dying even as he grew. This is an enchanting, beautifully written account of family, love, loss, and the unstoppable march of time.

Other Editions - The Hurley Maker's Son by Patrick Deeley 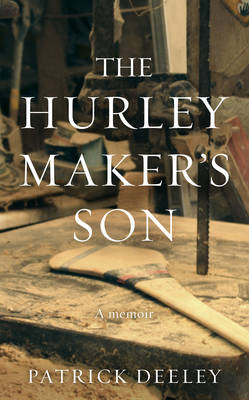 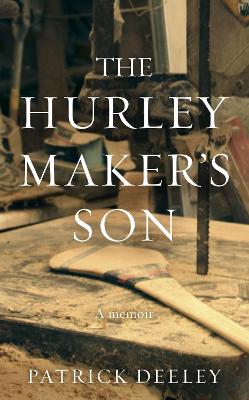 » Have you read this book? We'd like to know what you think about it - write a review about Hurley Maker's Son book by Patrick Deeley and you'll earn 50c in Boomerang Bucks loyalty dollars (you must be a Boomerang Books Account Holder - it's free to sign up and there are great benefits!)

Patrick Deeley was born in the townland of Foxhall, outside Loughrea, Co. Galway, in 1953. He has published six highly acclaimed collections of poems with Dedalus Press including Decoding Samara, The Bones of Creation, and Groundswell- New and Selected Poems. In addition his poems have appeared in many leading literary outlets in Ireland, UK, USA, Canada and Australia, been widely translated and won a number of awards. Patrick is married to the artist Judy Carroll Deeley and they have two children.

A Preview for this title is currently not available.
More Books By Patrick Deeley
View All