A sacred oath, a fallen angel, a forbidden love...This darkly romantic story features our heroine, Nora Grey, a seemingly normal teenage girl with her own shadowy connection to the Nephilim, and super-alluring bad boy, Patch, now her deskmate in biology class. Together they find themselves at the centre of a centuries-old feud between a fallen angel and a Nephilim...Forced to sit next to Patch in science class, Nora attempts to resist his flirting, though gradually falls for him against her better judgment. Meanwhile creepy things are going on with a mysterious stalker following her car, breaking into her house and attacking her best friend, Vi. Nora suspects Patch, but there are other suspects too - not least a new boy who has transferred from a different college after being wrongly accused of murdering his girlfriend. And he seems to have taken a shine to Nora...Love certainly is dangerous...and someone is going to have to make the ultimate sacrifice for it. 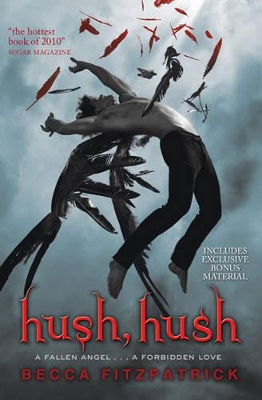 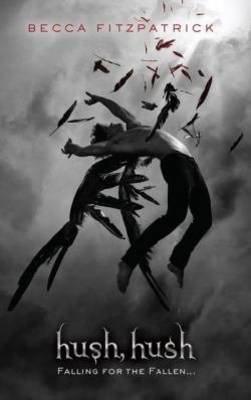 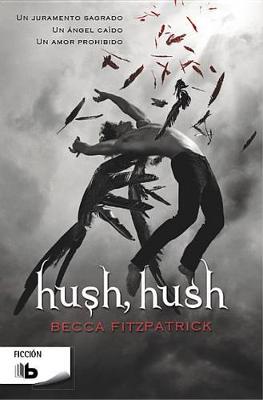 The concept for this story is great, but there were downfalls. It's hard to explain this without giving away spoilers, but I felt that the reasons for certain actions weren't believable. As Tom Clancy said: "The difference between fiction and reality? Fiction has to make sense." But to me this novel didn't make sense. It felt like excuses were thrown in that just weren't believable at all.

As for the characters... I did really like Patch. He brought a lot of humor into the book. Nora, on the other hand, I found to be bland. She didn't seem to have a definite personality and was very hot and cold with the way she reacted around Patch. Her best, seemingly only, friend, Vee was slightly annoying. She wouldn't listen to Nora when she should have, and some of the things she did to/for her, I wouldn't consider very nice at all.

Also, the policemen were very unbelievable. A sixteen year old girl calls in a break in, they go out to her house, she says it must have been a mistake and they just leave her alone with a "Get your mum to call us when she gets home.". Then, later, they accuse her of a crime and go on to question her, a minor, without a parent or guardian of any kind present.

Having said all that, I did actually enjoy reading Hush Hush. I really wanted to know how it ended up and how everything was resolved. It was an addicting read which I finished in one day. The end isn't a cliffhanger but it does leave a lot of unanswered questions. For her debut, Becca Fitzpatrick has done a pretty good job. The sequel to Hush Hush, Crescendo, comes out in Autumn 2010.

Overall, I rate Hush Hush at 3 and a 1/2 stars out of 5. I recommend it to lovers of angel stories and YA fantasy.

Hush, Hush is a must read! I just love it! First of all, I have to say James Porto is a real artist! The cover design is gorgeous! It was the first thing that attracted me, though I know that a book can’t be judged by its cover. And, the concept of falling in love with the fallen really captivates me. Who cares about vampires and werewolves when there is a hot, mysterious fallen angel right in front of us?

The main characters of Hush, Hush are finely written, so you can get an exact idea of their personalities. Nora is a pretty, clever girl who is strong, in the sense that she is brave enough to fight her attacker. But at the same time, she is vulnerable, as she is anemic and, well, her self-defense skills don’t really work. As for Patch, he is the guy who will make any girl swoon with excitement - he’s handsome, tall, dark and alluring. He has a secret, a mysterious past which makes the whole story more interesting.

I would like to compliment Becca because she has done a great job to keep readers guessing what will happen next. I really didn’t see the bad guy coming. I kept guessing, but never got it right. And when the truth is revealed, I was like “What? He’s the one?”. It was so unexpected. The pages are haunting, dark, and mysterious, it succeeded to hold my attention from the beginning until the end. There were times when I feel like I was 'inside' the story, and I could see exactly what Nora saw. I kept feeling like something bad and dangerous is about to happen.

I've seen others comparing it to Twilight, and I do not deny that there are some similarities, such as the protagonists' personalities (good girl versus bad boy), and having them sitting beside each other in Biology class. But that's where it ends. Hush, Hush is NOT the same as Twilight. It is an entertaining story with a different theme, style, storyline and characters, packed with excitement and danger. It will draw you into the story completely, and leave you wanting for more at the end.

Hush, Hush is a fast-paced, exciting, well-written novel which has a thrilling plot that is definitely going to make you squeal with delight! So, please don't wait any longer if you haven't read this book, because it's really good!