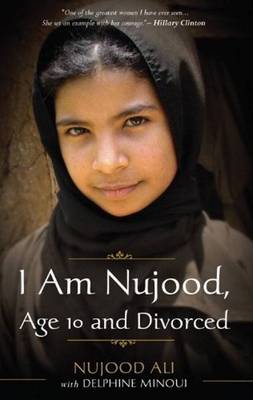 I Am Nujood, Age 10 And Divorced

Description - I Am Nujood, Age 10 And Divorced by Nujood Ali

I'm a simple village girl whose family had to move to the capital, and I have always obeyed the orders of the men in my family. Since forever, I have learned to say yes to everything. Today, I have decided to say no.

Uplifting and impossible to put down, this is a true story of the ten-year old girl who won a divorce from the man she was forced to marry, courageously defying both Yemeni customs and her own family.

Nujood's childhood came to an abrupt end when her father arranged for her to be married to a man three times her age. With harrowing directness, Nujood tells of abuse at her husband's hands, beginning with the very first night of her married life, and ending the day she slipped away during an errand. Instead of going to the market to buy bread, she took a taxi to the court building. That was the beginning of her odyssey.

With the help of a woman lawyer, Chadha Nasser, NGO's and the local press, Nujood finally obtained her freedom, an extraordinary achievement in Yemen, where there is a conspiracy of silence about the fact that almost half the girls are married under the legal age. Since her victory, Nujood has given other young girls the courage to stand up to their society's customs. Written with childlike simplicity and penetrating honesty, I Am Nujood is at once shocking and inspiring, disturbing and redemptive.

Other Editions - I Am Nujood, Age 10 And Divorced by Nujood Ali 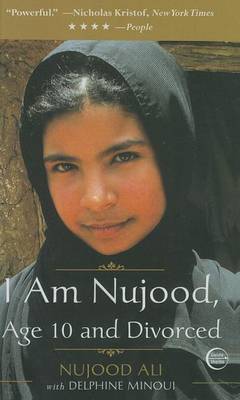 Book Reviews - I Am Nujood, Age 10 And Divorced by Nujood Ali

» Have you read this book? We'd like to know what you think about it - write a review about I Am Nujood, Age 10 And Divorced book by Nujood Ali and you'll earn 50c in Boomerang Bucks loyalty dollars (you must be a Boomerang Books Account Holder - it's free to sign up and there are great benefits!)

Nujood Ali was the first child bride in Yemen to win a divorce. A Glamour woman of the year in 2008, she has been profiled in the New York Times, the Los Angeles Times, and TIME Magazine. She lives in Yemen. Delphine Minoui, a recipient of the Albert Londres Prize, has been covering Iran and the Middle East since 1997. She lives in Beirut.