Description - I Am Pilgrim by Terry Hayes

The astonishing story of one man's breakneck race against time to save America from oblivion.

A YOUNG WOMAN MURDERED. All of her identifying characteristics dissolved by acid.

A FATHER PUBLICLY BEHEADED. Killed in the blistering heat of a Saudi Arabian public square.

SMOULDERING HUMAN REMAINS. Abandoned on a remote mountainside in Afghanistan.

PILGRIM. The codename for a man who doesn't exist. A man who must return from obscurity. The only man who can uncover a flawless plot to commit an appalling crime against humanity.

'The plot twists and turns like a python in a sack... Visceral, gritty and cinematic.' The Times

'Simply one of the best suspense novels I've read in a long time.' David Baldacci

'An all too plausible disaster for the world we live in. Great nail-biting stuff.' Robert Goddard

Other Editions - I Am Pilgrim by Terry Hayes 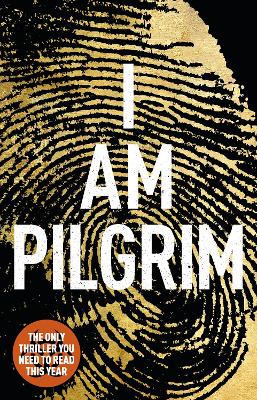 Book Reviews - I Am Pilgrim by Terry Hayes

» Have you read this book? We'd like to know what you think about it - write a review about I Am Pilgrim book by Terry Hayes and you'll earn 50c in Boomerang Bucks loyalty dollars (you must be a Boomerang Books Account Holder - it's free to sign up and there are great benefits!)

Terry Hayes is a former journalist and screen-writer. Born in Sussex, England, he migrated to Australia as a child and trained as a journalist at the country s leading broadsheet. At twenty-one he was appointed North American correspondent, based in New York, and after two years returned to Sydney to become an investigative reporter, political correspondent and columnist. He resigned to produce a prominent current affairs radio program and a short time later, with George Miller, wrote the screenplay for Road Warrior/Mad Max 2. He also co-produced and wrote Dead Calm, the film which launched Nicole Kidman s international movie career, Mad Max Beyond Thunderdome and a large number of TV movies and mini-series including Bodyline and Bangkok Hilton two of which received international Emmy nominations. In all, he has won over twenty film or television awards. After moving to Los Angeles he worked as a screen-writer on major studio productions. His credits include Payback with Mel Gibson, From Hell, starring Johnny Depp, and Vertical Limit with Chris O Donnell. He has also done un-credited writing on a host of other m