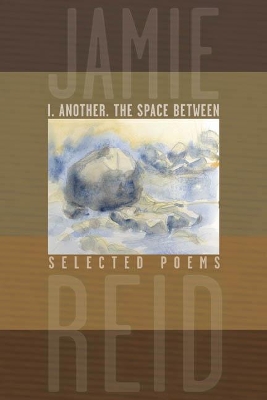 I. Another. The Space Between

Description - I. Another. The Space Between by Jamie Reid

Guided by Arthur Rimbaud's mottos "Change ton vie," and "Je est un autre," Jamie Reid began publishing poetry in TISH magazine at barely 20 years old, in 1961. This selection draws from those brilliantly impressionist early poems, through his contemporary writing expressive of an urban particularity within a sophisticated global discourse. Schooled in the modernist poets, whose dream it was that the world could be positively changed by deliberate human action, Reid has never abandoned the objective of abetting change in the world, in society, and in the individual human personality.
"The Space Between," we discover through his concise and revealing introduction to this collection, refers to the period between 1968 and 1987, when Reid became involved in activist politics and "wrote little else besides political cant because it seemed quite clear to me that writing poetry was impossible without some knowledge of the political forces which shape the lives and deaths of people and cause so much suffering worldwide."
Since taking up the craft again in 1987, Reid has shown in his insightful "explosions of words" the clear influences of the signifier and the signified, and neo-structuralist theories of representation. The field of his contemporary work is suspended between the poles of the political and the lyrical, between the confrontation of the world of human affairs and the undeniable beauty of the earth and nature the simple delight taken in life itself with a clear understanding that the use of the word "natural" is almost always ideologically determined.

Buy I. Another. The Space Between by Jamie Reid from Australia's Online Independent Bookstore, Boomerang Books.

Book Reviews - I. Another. The Space Between by Jamie Reid

» Have you read this book? We'd like to know what you think about it - write a review about I. Another. The Space Between book by Jamie Reid and you'll earn 50c in Boomerang Bucks loyalty dollars (you must be a Boomerang Books Account Holder - it's free to sign up and there are great benefits!)

Jamie Reid In 1961, at the University of British Columbia, Jamie Reid met Warren Tallman and together with George Bowering, Fred Wah, he and several other writers founded TISH. His first book of poems, The Man Whose Path Was on Fire (1969) took the Canadian literary scene by storm. Reid's poetic work is fiercely intelligent, fearlessly incisive, and always politically charged. His recent work includes I. Another. The Space Between (Talonbooks).

A Preview for this title is currently not available.
More Books By Jamie Reid
View All

Monsieur X: The incredible story of the most audacious gambler in history
Available, ships in 7-10 business days
$19.54 $22.99