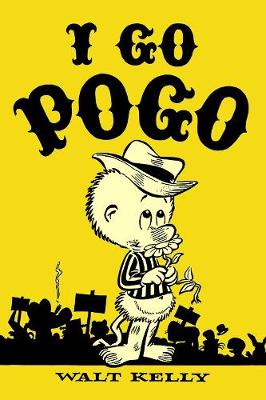 "A true natural genius of comic art." - Mort Walker, creator of Beetle Bailey. For three decades, Walt Kelly's newspaper-based comic strip Pogo satirised sociopolitical issues from the Red Scare to the environmental movement. This compilation features comics from 1952, in which Pogo's animal neighbours in the Okefenokee Swamp encourage the reluctant possum to run for president, offering "I Go Pogo" as an alternative to "I Like Ike." AUTHOR: Inducted into both the National Cartoon Museum and the Will Eisner Award Hall of Fame, American animator and cartoonist Walter Crawford Kelly, Jr., (1913 74) is best known for his comic strip Pogo. Recounting the adventures of a possum and other animal characters in Georgia's Okefenokee Swamp, the comic was syndicated to newspapers for 26 years. Kelly's career in animation began in 1936 at Walt Disney Studios, and his work can be seen in Pinocchio, Fantasia, and Dumbo.

Other Editions - I Go Pogo by Walt Kelly 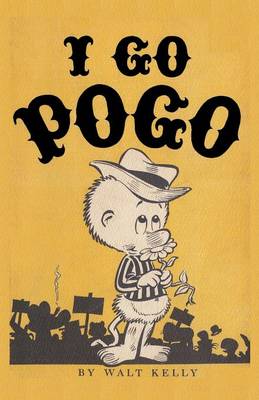 » Have you read this book? We'd like to know what you think about it - write a review about I Go Pogo book by Walt Kelly and you'll earn 50c in Boomerang Bucks loyalty dollars (you must be a Boomerang Books Account Holder - it's free to sign up and there are great benefits!)


A Preview for this title is currently not available.
More Books By Walt Kelly
View All