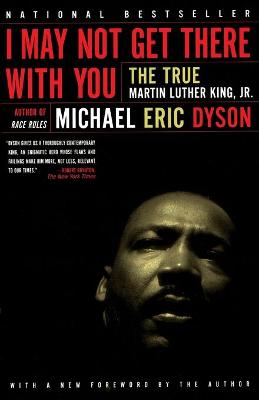 I May Not Get There With You

Combining the grassroots appeal of Iyanla Vanzant and the erudition of Cornel West, Michael Eric Dyson rescues Martin Luther King, Jr. from those who have exploited his legacy and returns him to the working people who were the inspiration of his genius. Michael Eric Dyson, former welfare father, Princeton Ph.D. and Baptist preacher, reassesses the legacy of Martin Luther King in the years since his death. A legacy, he argues, which has been misappropriated by groups ranging from white conservatives, black church leaders to advertisers and even the King family. Dyson brings alive a true revolutionary, a hero willing to sacrifice his reputation for the sake of the poor, a Ph.D. willing to roll up his sleeves and work for justice, a prince of the black pulpit willing to go to gaol for his beliefs. He rescues from history a man who is as important today as he was in the 60's, a man as radical as Malcolm X, who has as much in common with the rap artists and church leaders of today. Unafraid to confront King's personal life, Dyson defends King from the forces of historical amnesia, in a book that is ultimately as moving as it is controversial.

Buy I May Not Get There With You by Michael Eric Dyson from Australia's Online Independent Bookstore, Boomerang Books. 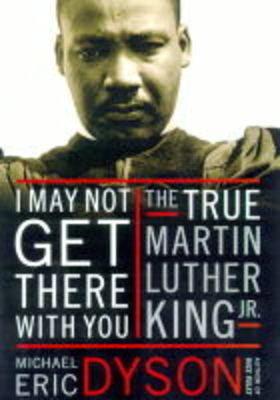 » Have you read this book? We'd like to know what you think about it - write a review about I May Not Get There With You book by Michael Eric Dyson and you'll earn 50c in Boomerang Bucks loyalty dollars (you must be a Boomerang Books Account Holder - it's free to sign up and there are great benefits!)

Michael Eric Dyson is an ordained Baptist Minister and a professor of African-American studies at Columbia University. He is the author of three books and has written numerous articles for THE NEW YORK TIMES, THE WASHINGTON POST, THE NATION, and ROLLING STONE.