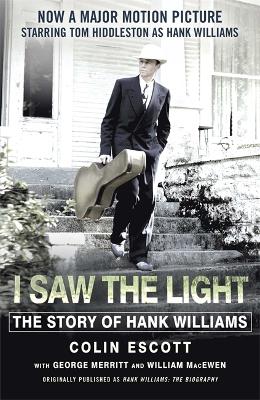 I Saw The Light

Description - I Saw The Light by Colin Escott

In his brief life, Hank Williams created one of the defining bodies of American music. Songs like Your Cheatin' Heart, Hey Good Lookin' and Jambalaya sold millions of records and became the model for virtually all country music that followed.But by the time of his death at age twenty-nine, Williams had drunk and drugged and philandered his way through two messy marriages and out of his headline spot on the Grand Ole Opry. Even though he was country music's top seller, toward the end he was so famously unreliable that he was lucky to get a booking in a beer hall.After his death, Williams' records sold more than ever, and have continued to do so in the half-century since. His oft-covered catalog has produced hits for artists ranging from Fats Domino and John Fogerty's Blue Ridge Rangers to Ray Charles and B.J. Thomas; from Bob Dylan and jazz diva Norah Jones, to crooner Perry Como, R&B star Dinah Washington, and British punk band, The The.In this definitive account Colin Escott vividly details the singer's stunning rise and his spectacular decline, and reveals much that was previously unknown or hidden about the life of this country music legend.Now, over sixty years after his death, a major motion picture starring Tom Hiddleston and Elizabeth Olsen brings Hank Williams' tragic story to the screen. I Saw The

Other Editions - I Saw The Light by Colin Escott 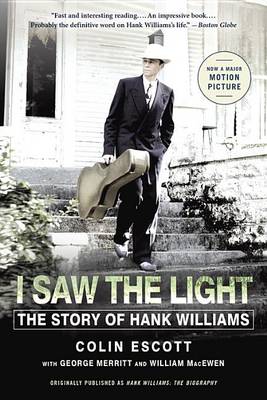 Book Reviews - I Saw The Light by Colin Escott

» Have you read this book? We'd like to know what you think about it - write a review about I Saw The Light book by Colin Escott and you'll earn 50c in Boomerang Bucks loyalty dollars (you must be a Boomerang Books Account Holder - it's free to sign up and there are great benefits!)

Based in the Nashville area, Colin Escott is one of the world's leading experts on country music history. Among his many accomplishments, he co-wrote and co-produced Hank Williams' "Honky Tonk Blues" for PBS in 2004, and was a series consultant and co-writer for BBC-TV's highly acclaimed series on country music "Lost Highway" (2002). His music journalism has been published in two volumes, and he has worked with numerous music legends, including Willie Nelson, Elvis Presley, Jerry Lee Lewis, and Johnny Cash.

A Preview for this title is currently not available.
More Books By Colin Escott
View All