I Want My Hat Back

Description - I Want My Hat Back by Jon Klassen

A picture-book delight by a rising talent tells a cumulative tale with a mischievous twist.

The bear's hat is gone, and he wants it back. Patiently and politely, he asks the animals he comes across, one by one, whether they have seen it. Each animal says no, some more elaborately than others. But just as the bear begins to despond, a deer comes by and asks a simple question that sparks the bear's memory and renews his search with a vengeance. Told completely in dialogue, this delicious take on the classic repetitive tale plays out in sly illustrations laced with visual humor - and winks at the reader with a wry irreverence that will have kids of all ages thrilled to be in on the joke.

Buy I Want My Hat Back by Jon Klassen from Australia's Online Independent Bookstore, Boomerang Books.

Other Editions - I Want My Hat Back by Jon Klassen 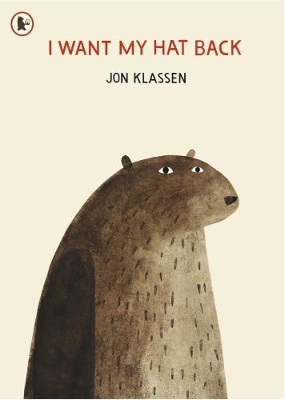 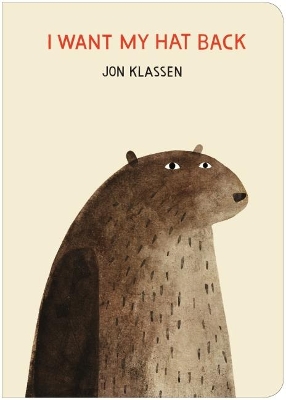 Book Reviews - I Want My Hat Back by Jon Klassen

» Have you read this book? We'd like to know what you think about it - write a review about I Want My Hat Back book by Jon Klassen and you'll earn 50c in Boomerang Bucks loyalty dollars (you must be a Boomerang Books Account Holder - it's free to sign up and there are great benefits!)

This story is certainly most unusual- it's the story of a bear who has lost his favourite red hat and then progresses to go about his land and ask everyone he encounters wether they have seen it or not. The story promises to be fantastic and the perfect bedtime book, but at one point, for me, it went suddenly off and started worrying me a bit. In the end it is definitely not a book that I would re-read, even though it is very quick; the pictures are absolutely beautiful and I'm keeping my copy for them, but the story ended up having a slightly creepy and unsettling feeling for me.

Jon Klassen received the 2010 Canadian Governor General's Award for his illustrations in Caroline Stutson's CAT'S NIGHT OUT. He also created illustrations for the popular series THE INCORRIGIBLE CHILDREN OF ASHTON PLACE and served as an illustrator on the animated feature film Coraline. I WANT MY HAT BACK is the first book he has both written and illustrated. Originally from Niagara Falls, Canada, he lives in Los Angeles.