'I Wonder': The Life and Work of Ken Inglis

Description - 'I Wonder': The Life and Work of Ken Inglis by Peter Browne

Ken Inglis was one of Australia's most creative, wide-ranging and admired historians.

During a scholarly career spanning nearly seven decades, his humane, questioning approach - summed up by the recurring query, 'I wonder...' - won him a large and appreciative audience. Whether he was writing about religion, the media, nationalism, the 'civil religion' of Anzac, a subject he made his own, or collaborating on monumental histories of Australia or the remarkable men aboard the Dunera, he brought wit, erudition and originality to the study of history. Alongside his history writing, he pioneered press criticism in Australia, contributed journalism to magazines and newspapers, and served as vice-chancellor of the fledgling University of Papua New Guinea. This collection of essays traces the life and work of this much-loved historian and observer of Australia life.

'This is a rich, kaleidoscopic portrait of a beloved and brilliant historian. In exploring the life and work of Ken Inglis, the book illuminates a whole generation of historical scholarship.' - Tom Griffiths

'A notable humanist and historian sliced and diced, with deep insights into a vanishing Australia and its analysts.' -Michael Cannon

Buy 'I Wonder': The Life and Work of Ken Inglis by Peter Browne from Australia's Online Independent Bookstore, Boomerang Books.

Book Reviews - 'I Wonder': The Life and Work of Ken Inglis by Peter Browne

» Have you read this book? We'd like to know what you think about it - write a review about 'I Wonder': The Life and Work of Ken Inglis book by Peter Browne and you'll earn 50c in Boomerang Bucks loyalty dollars (you must be a Boomerang Books Account Holder - it's free to sign up and there are great benefits!) 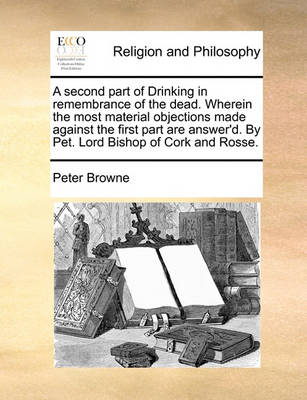 A Second Part of Drinking in Remembrance of the Dead. Wherein the Most Material Objections Made Against the First Part Are Answer'd. by Pet. Lord Bishop of Cork and Rosse.
Paperback / softback, May 2010
$41.33 $45.92 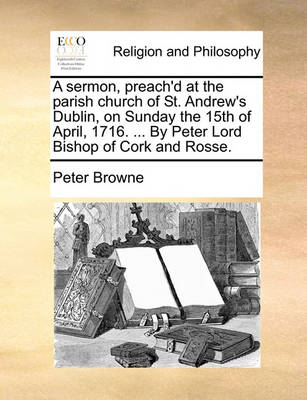 Of Drinking to the Memory of the Dead. Being the Substance of a Discourse Deliver'd to the Clergy of the Diocese of Cork, on the Fourth of November, 1713, by the Bishop of That Diocese. and Published at Their Unanimous Request. Ed 2
Paperback / softback, August 2010
$34.71 $38.57 The Procedure, Extent, and Limits of Human Understanding. the Second Edition with Corrections and Amendments
Paperback / softback, May 2010
$85.41 $94.90
View All Books By Author Peter Browne