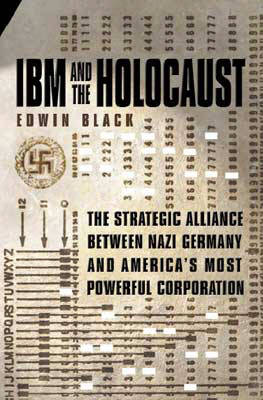 Ibm And The Holocaust

Description - Ibm And The Holocaust by Edwin Black

"IBM and the Holocaust" promises to reveal the international company's strategic alliance with Nazi Germany - beginning in 1933 in the first weeks Hitler came to power, and continuing through to the end of World War II. As the Third Reich embarked upon its plan of conquest and genocide, help was needed to create the enabling technological solutions, step by step, from the identification and cataloguing programs of the 1930s to the selections of the 1940s. Only after Jews were identified - a massive and complex task that Hitler wanted done immediately - could they be targeted for swift asset confiscation, the creation of ghettos, deportations, enslaved labour and, ultimately, annihilation. This organizational challenge was so monumental it called for a computer. Of course, in the 1930s, no computer existed. However, IBM's punch-card technology did exist, with a proven track record throughout Europe. Edwin Black shows how, with the company's custom-designed and constantly updated Hollerith systems, Hitler was able to turn his persecution of the Jews into an automated and systematic process.
Historians have always been amazed at the speed and accuracy with which the Nazis during their reign of terror were able to identify and locate German and other European Jews. The pieces of this puzzle have never been assembled, although it was known that punch-card technology played a vital role. The author alleges that IBM technology organized nearly everything in Germany and then Nazi Europe, from the identification of the Jews in censuses, registrations, and ancestral tracing programmes to the running of railroads and organizing concentration camp registration. IBM and its German subsidiary, Dehomag, Black says, custom-designed and tailored the complex applications and solutions one by one, anticipating the Reich's needs. They did not merely sell the machines, he shows, but leased and serviced them for high fees, becoming the sole source of the billions of punch-cards Hitler needed. Dehomag are shown to have trained Nazi officers, including concentration camp administrators, to use the IBM devices and their custom-designed applications.
The book takes the reader through what the author believes was a carefully crafted corporate collusion with the Third Reich, as well as the structured deniability of oral agreements, undated letters and the Geneva intermediaries - all undertaken as the newspapers blazed with accounts of persecution and destruction, invasion and spoliation. Furthermore, Black alleges that when the war was over, IBM launched an international campaign to recover all the monies its subsidiaries received for their work for the Third Reich. The author is also keen to show the compelling human drama of one of the 20th century's greatest minds, IBM founder Thomas Watson, the highest paid executive in America, who, he says, turned a blind eye to the Nazi programme and co-operated for the sake of profit and his own fascination with Hitler. Only with the assistance the author has documented was Hitler able to achieve the staggering numbers of the Holocaust. Essentially then, he argues that IBM organized the organizers of one of the worst genocides in world history.
Decades later, Black says he found that IBM obstructed his research at every turn, denying him access to company documents and even its museum in Germany, moving files from place to place to keep them out of his reach. Through his own persistence, and with the help of researchers, archivists and historians in seven countries, he believes he has uncovered one of the last great mysteries of the Holocaust - how did Hitler get the names?

Other Editions - Ibm And The Holocaust by Edwin Black 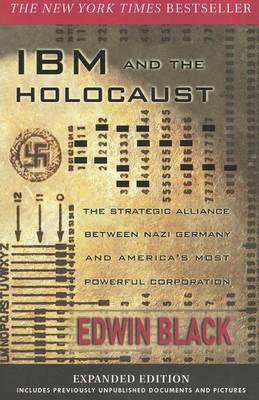 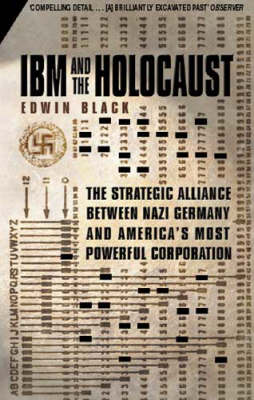 View all editions of Ibm And The Holocaust by Edwin Black

Book Reviews - Ibm And The Holocaust by Edwin Black

» Have you read this book? We'd like to know what you think about it - write a review about Ibm And The Holocaust book by Edwin Black and you'll earn 50c in Boomerang Bucks loyalty dollars (you must be a Boomerang Books Account Holder - it's free to sign up and there are great benefits!) 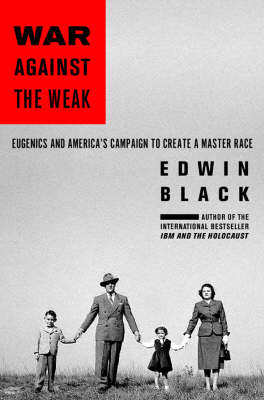 War Against the Weak
Hardback, September 2003 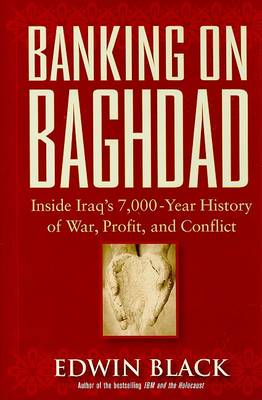 Banking on Baghdad
Hardback, May 2008

IBM and the Holocaust
Hardback, February 2001
View All Books By Author Edwin Black