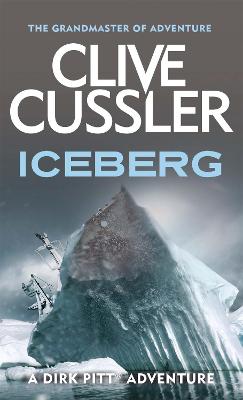 The towering iceberg drifting in the North Atlantic was a floating tomb. Embedded in the great gleaming mass was a ship - sealed in so solidly that not even its mast protruded.Here was a sea mystery to rank alongside the Bermuda Triangle and the Marie Celeste. But for Major Dirk Pitt, top troubleshooter for the National Underwater and Marine Agency, it was also the first link in a fantastic chain of events that would lead him too close - and too often - to violent death. And to the discovery of the most sinister and bizarre conspiracy of the century . . . ICEBERG.

Other Editions - Iceberg by Clive Cussler 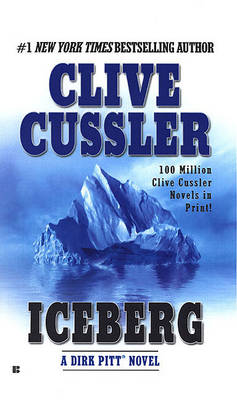 » Have you read this book? We'd like to know what you think about it - write a review about Iceberg book by Clive Cussler and you'll earn 50c in Boomerang Bucks loyalty dollars (you must be a Boomerang Books Account Holder - it's free to sign up and there are great benefits!)

Clive Cussler grew up in Alhambra, California. He later attended Pasadena City College for two years, but then enlisted in the Air Force during the Korean War where he served as an aircraft mechanic and flight engineer in the Military Air Transport Service. Upon his discharge, he became a copywriter and later creative director for two leading ad agencies. At that time, he wrote and produced radio and television commercials that won numerous international awards one at the prestigious Cannes Film Festival. He began writing in 1965 and published his first novel featuring Dirk Pitt (R) in 1973. Clive is the founder of the National Underwater & Marine Agency, (NUMA) a non-profit organisation that dedicates itself to American maritime and naval history, and a fellow in both the Explorers Club of New York and the Royal Geographic Society in London. He also collects classic automobiles. Clive divides his time between the mountains of Colorado and the deserts of Arizona.