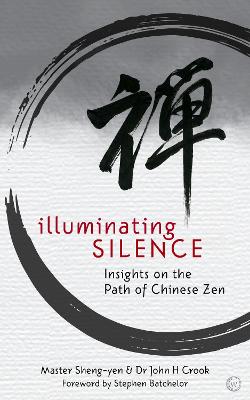 Insights on the Path of Chinese Zen 2nd Revised edition

An insider's guide to the principles of Chan - or Chinese Zen - this book gives unfiltered access to the kind of illuminating experience with a Zen Master that is usually only available to a few fortunate practitioners.

Having originated in China in the 6th century, Chan Buddhism is now growing rapidly in popularity, much of which can be attributed to its open, accepting attitude and its focus on a choice of meditative practices to best suit each individual. With the bulk of the text made up of edited transcripts of the teachings at two major retreats led in Wales in 1989 and 1995 by the then-head of the movement, Master Sheng Yen, this jewel of a book offers a rare glimpse inside both the ancient teachingsandthe contemporary practice of Chan. Words like 'enlightenment' rarely pass the lips of Master Sheng Yen. Instead, he makes it clear that his retreats are for the development of practice, to realize one is not in control of one's own mind, to discover how to train one's mind in awareness, to calm the mind, and to replace ignorance with insight. Commentary by Sheng Yen's much respected Western disciple John Crook gives full context to the teachings and provides a fascinating account of the practical aspects of a retreat of this nature, including the meditative practices of watching the breath, counting the breath and of 'Silent Illumination' that lies at the heart of Chinese Zen. In so doing the atmosphere of such a retreat is powerfully evoked, especially when Crook recounts the experiences and impacts of his own years of practice. 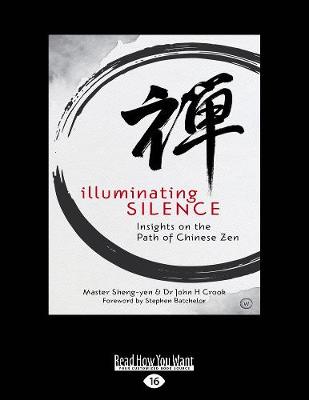 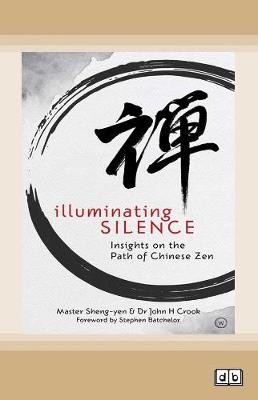 » Have you read this book? We'd like to know what you think about it - write a review about Illuminating Silence book by Master Sheng- yen and you'll earn 50c in Boomerang Bucks loyalty dollars (you must be a Boomerang Books Account Holder - it's free to sign up and there are great benefits!)

Chan Master Sheng Yen (1930-2009) was a widely respected Chan (Chinese Zen) master who taught extensively in the West, with centres throughout North America, as well as dozens of others throughout the world. He founded the Dharma Drum Mountain (dharmadrum.org), a spiritual and educational foundation that is one of the most influential organisations in Chinese Buddhism. He co-led retreats with the Dalai Lama and is the author of numerous books, including Song of Mind, The Method of No-Method, and his autobiography Footprints in the Snow.Dr John Crook, PhD. DSc (1930-2011) was Professor of Psychology at the University of Bristol for many years, yet it was in the Eastern practice of Chan Buddhism that he found peace. The first Western Dharma Heir of the late Chan Master Sheng Yen, he founded the Western Chan Fellowship (westernchanfellowship.org), a charity devoted to spreading the word about Chinese Zen in Europe, and he devoted his life to teaching Chan meditation.

A Preview for this title is currently not available.
More Books By Master Sheng- yen
View All

Illuminating Silence: Insights on the Path of Chinese Zen Meditation
$44.99 $49.99