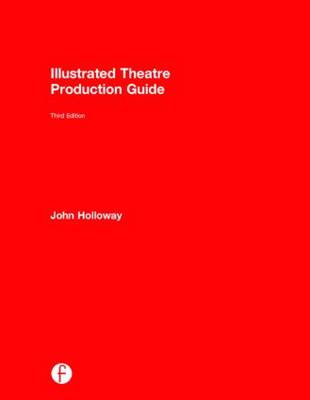 Illustrated Theatre Production Guide delivers a step-by-step approach to the most prevalent and established theatreproduction practices, focusing on essential issues related to the construction of wooden, fabric, plastic, and metal scenery used on the stage.

A must-have resource for both the community theatre worker who must be a jack of all trades and the student who needs to learn the fundamentals on his or her own, it covers the necessities in great detail, without bogging you down. Offering techniques and best-practice methods from an experienced industry expert, it will allow you to create a foundation on which to build a successful and resourceful career behind the scenes in theatre production. This third edition has been completely restructured to more effectively lead you through the basics of stagecraft. Through detailed lessons and hundreds of drawings, author John Holloway offers you solutions to the problems that you'll face every day in a production, from rigging to knot tying. New to this edition are guides to jobs in theatre, construction documentation, and video projection methods, with expanded information on Thrust Theatres, lighting, audio and video practices.

This book is suitable for Stagecraft courses in university Theatre programs, as well as for professional theatre technicians. 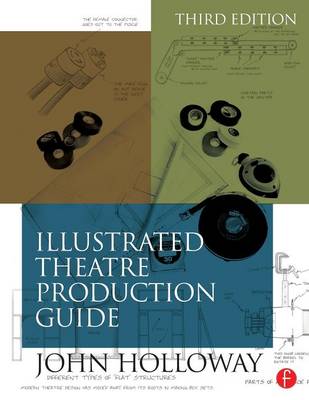 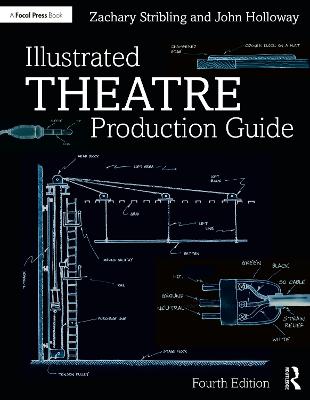 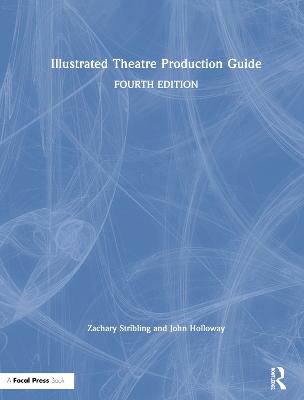 » Have you read this book? We'd like to know what you think about it - write a review about Illustrated Theatre Production Guide book by John Ramsey Holloway and you'll earn 50c in Boomerang Bucks loyalty dollars (you must be a Boomerang Books Account Holder - it's free to sign up and there are great benefits!)

John Holloway earned an MFA in scenery design from Trinity University in 1980 after a residency at the Dallas Theater Center. That landmark building is the only theatre built by Frank Lloyd Wright during his lifetime. The DTC was well known for producing new plays by emerging playwrights. While at the Theatre Center, he designed scenery for the original production of "Remember" written by Preston Jones, author of the three 1976 Broadway plays making up "The Texas Trilogy". John worked as a staff designer at the Oklahoma Theater Center for two years before accepting a teaching position at Niagara University in New York. In 1983, he began teaching stagecraft classes at The University of Kentucky, being promoted to Associate Professor in 1988, and Full Professor in 2003. John is the author of an article in Yale University's "Technical Briefs", 1989, which was reprinted in the book Technical Design Solutions for the Theatre, vol 1, 2003. He is also the author of three articles in "The Painter's Journal". Focal Press published the first edition of Illustrated Theatre Production Guide in 2002. John is also the author of several plays, and a number of articles about vintage pinball machines. He has a passion for vintage electronics of all sorts. He is currently working on a book about the history of electricity and electronics in the entertainment industry. In addition to being an academic, John is a member of IATSE the International Alliance of Theatrical Stage Employes, and has served as the president of Local 346 for many years. As a professional stagehand, John has worked hundreds of different touring shows in local venues, and toured with three different national tours of Broadway musicals; Grand Hotel, The Will Rogers Follies, and the 90's revival of Camelot starring Robert Goulet. In the summer of 2005, John attended a scenery painting class at the well known Cobalt Studios, in White Lake, New York. One of the teachers for the class was Susan Crabtree, who is also a Focal Press author, Painting Scenery for the Theatre. John has become interested in the topic of visual storytelling, and the importance of puppet and mask theatre. To that end he has been working with students in creating shows that are written and designed to tell stories in a visual way, rather than relying heavily on a text and the spoken word. In this regard, he has been most heavily influenced by In the Heart of the Beast Puppet Theatre, Indonesian shadow puppets or Wayang Kulit, and most recently by the brilliant work of the ANPU puppet theatre of Prague, Czech Republic and Zurich, Switzerland. In the summer of the 2007 John was invited by colleagues at Baylor University to participate in their production of the Robert Askins play, "The Rotting of Tycho de Brahe" at the Prague Quadrennial. This play was featured in the Scenofest Theatre in the Prague's Industrial Palace. For more information you can find John's website at: http://www.stagedesignsbyjohnholloway.com

A Preview for this title is currently not available.
More Books By John Ramsey Holloway
View All