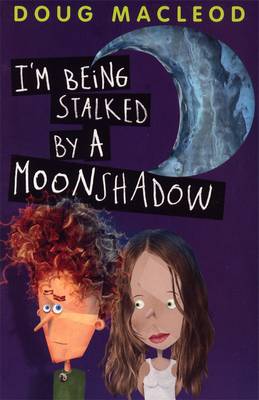 I'm Being Stalked By A Moonshadow

Description - I'm Being Stalked By A Moonshadow by Doug MacLeod

Did you know that grasshoppers hear with their legs?

And a pregnant goldfish is called a twit? Seth Parrot knows hundreds of little facts like these, because his father tells them to him. What Seth doesn't know is- Where do you meet muscular girls? How do you make them fall in love with you? Would a different haircut help? Is credit card fraud a good idea? What on earth is a moonshadow?

By the end of the story, Seth will know the answer to four of these questions. They won't come from his father. They'll come from a very wise magazine called Dolly. From the author of Tumble Turn comes a hilarious new novel about muscles, love and a flower-hating Eastern European.

Other Editions - I'm Being Stalked By A Moonshadow by Doug MacLeod 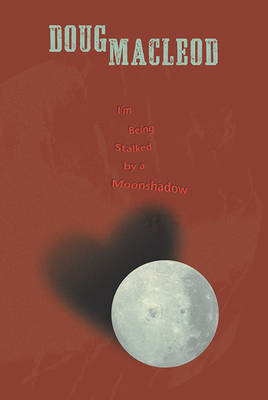 Book Reviews - I'm Being Stalked By A Moonshadow by Doug MacLeod

» Have you read this book? We'd like to know what you think about it - write a review about I'm Being Stalked By A Moonshadow book by Doug MacLeod and you'll earn 50c in Boomerang Bucks loyalty dollars (you must be a Boomerang Books Account Holder - it's free to sign up and there are great benefits!)

Doug MacLeod is a Melbourne writer of books and TV. In 2008 the Australian Writers' Guild awarded him the Fred Parsons award for contribution to Australian comedy. (He has worked as a writer on shows such as Fast Forward and SeaChange, and as script editor on three seasons of Kath and Kim.) He also devised and co-wrote the animated series Dogstar, which has been screened all over the world. Doug received two Australian Writers' Guild awards for his scripts for series one, as well as the inaugural John Hinde award for science fiction. His best known book is Sister Madge's Book of Nuns, which started as a practical joke on a publisher. He left his full-time TV job in 2002 to focus on writing books for young adults. So far he has had seven novels published by Penguin. The most recent are The Life of a Teenage Body-Snatcher, a CBCA Honour Book in 2012 shortlisted for the Victorian Premier's Literary Awards and the Aurealis Awards, and The Shiny Guys, shortlisted for the 2013 CBCA Book of the Year Awards. One of his novels, The Clockwork Forest, was presented as a play by The Sydney Theatre Company in 2008, and in 2013 he wrote Margaret Fulton- Queen of the Dessert, a musical about the life of Margaret Fulton. dougmacleod.com.au/