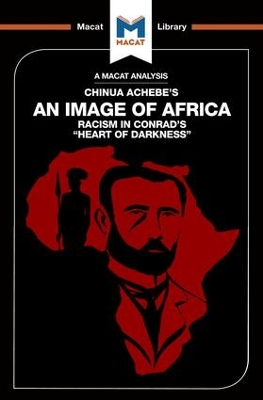 An Image of Africa

Racism in Conrad's Heart of Darkness

Description - An Image of Africa by Clare Clarke

Few works of scholarship have so comprehensively recast an existing debate as Chinua Achebe's essay on Joseph Conrad's Heart of Darkness. Achebe - a highly distinguished Nigerian novelist and university teacher - looked with fresh eyes at a novel that was set in Africa, but in which Africans appear only as onlookers or as indistinguishable "savages". Dismissing the prevailing portrayal of Joseph Conrad as a liberal hero whose anti-imperialist views insulated him from significant criticism, Achebe re-cast the Polish author as a "bloody racist" in an analysis so cogent it changed the way in which his discipline looked not only at Conrad, but also at all works with settings indicative of racial conflict.

The creative contribution of Achebe's essay lies in delving far beneath the surface of Conrad's novel; he not only generated new and highly influential hypotheses about the author's modes of thought and motivations, but also redefined the entire debate over Heart of Darkness. Just because the novel had been accepted into the "canon", and now falls into the class of "permanent literature", Achebe says, does not mean we should not question it closely - or criticize its author.

Book Reviews - An Image of Africa by Clare Clarke

» Have you read this book? We'd like to know what you think about it - write a review about Image of Africa book by Clare Clarke and you'll earn 50c in Boomerang Bucks loyalty dollars (you must be a Boomerang Books Account Holder - it's free to sign up and there are great benefits!)

A Preview for this title is currently not available.
More Books By Clare Clarke
View All