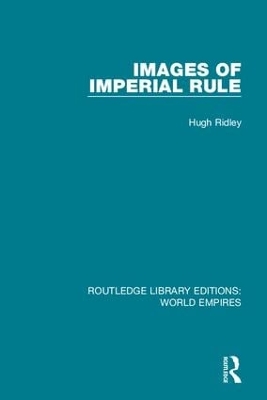 Originally published in 1983. In the late nineteenth century as the European powers divided the world between themselves and scrambled over Africa, so their writers went with them, recording in fiction, as well as in historical narrative, the events and issues of the colonial expansion. The literature which they left behind them is the subject of this book.

Taking Robinson Crusoe as the starting point for colonial literature, the book looks at linking themes and ideas in the colonial literatures of England, Frances and Germany. In drawing the attention of English-speaking readers to the writing of these other countries, English fiction is placed in a wider context. The comparison also emphasises a homogeneity in the various traditions of colonial literature which goes beyond mere flag waving.

» Have you read this book? We'd like to know what you think about it - write a review about Images of Imperial Rule book by Hugh Ridley and you'll earn 50c in Boomerang Bucks loyalty dollars (you must be a Boomerang Books Account Holder - it's free to sign up and there are great benefits!)


A Preview for this title is currently not available.
More Books By Hugh Ridley
View All