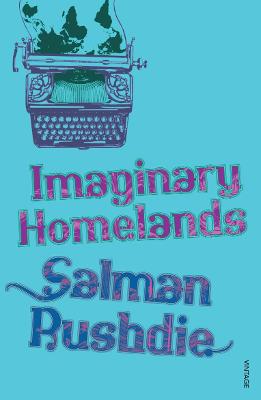 Drawing from two political and several literary homelands, this collection presents a remarkable series of trenchant essays, demonstrating the full range and force of Salman Rushdie's remarkable imaginative and observational powers.With candour, eloquence and indignation he carefully examines an expanse of topics; including the politics of India and Pakistan, censorship, the Labour Party, Palestinian identity, contemporary film and late-twentieth century race, religion and politics. Elsewhere he trains his eye on literature and fellow writers, from Julian Barnes on love to the politics of George Orwell's 'Inside the Whale', providing fresh insight on Kipling, V.S. Naipaul, Graham Greene, John le Carre, Raymond Carver, Philip Roth and Thomas Pynchon among others.Profound, passionate and insightful, Imaginary Homelands is a masterful collection from one of the greatest writers working today. 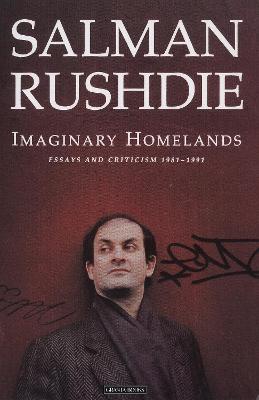 » Have you read this book? We'd like to know what you think about it - write a review about Imaginary Homelands book by Salman Rushdie and you'll earn 50c in Boomerang Bucks loyalty dollars (you must be a Boomerang Books Account Holder - it's free to sign up and there are great benefits!)

Salman Rushdie is the author of nine novels, one collection of short stories, and four works of non-fiction, and the co-editor of The Vintage Book of Indian Writing. In 2008 Midnight's Children was judged to be the 'Best of the Booker', the best novel to have won the Booker Prize in its 40 year history. The Moor's Last Sigh won the Whitbread Prize in 1995 and the European Union's Aristeion Prize for Literature in 1996. He is a Fellow of the Royal Society of Literature and a Commandeur des Arts et des Lettres.